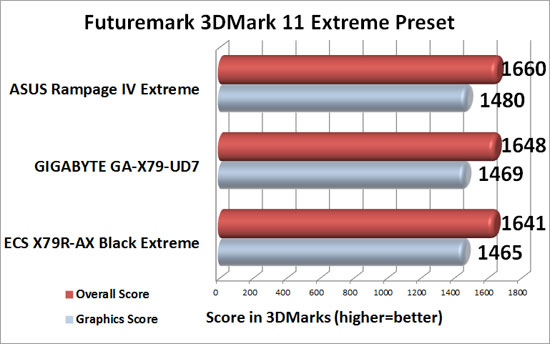 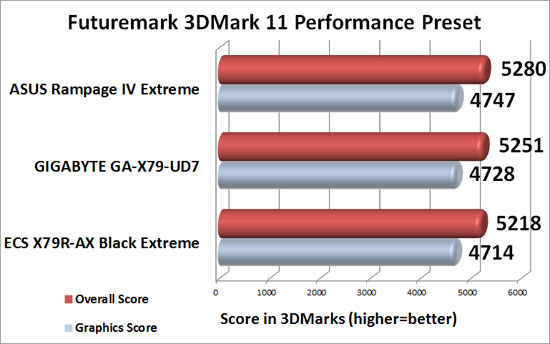 Benchmark results: The GIGABYTE GA-X79-UD7 fell right between the ASUS Rampage IV Extreme and the ECS X79R-AX in both 3DMark 11 presets. In the extreme preset the UD7 was only 12 3DMarks behind the ASUS R4E overall which is a difference of only .7%. It was able to outperform the ECS X79R-AX by 7 points, not a huge difference on either spectrum but every point matters in a synthetic benchmark. When we look at the performance preset numbers the GIGABYTE GA-X79-UD7 was 29 points behind the ASUS Rampage IV Extreme and 33 points ahead of the ECS X79R-AX, a difference of .55% (ASUS R4E) and .63% (ECS X79R-AX).