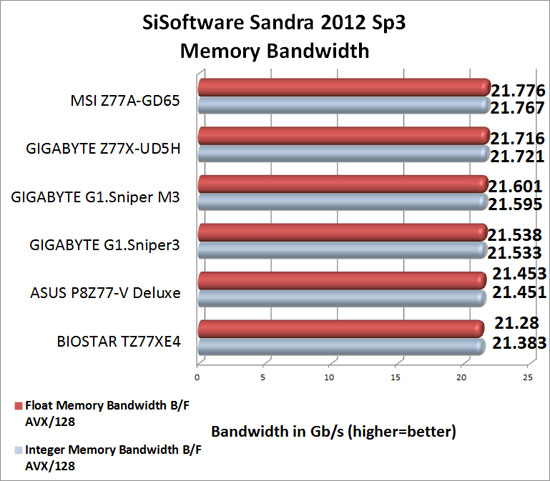 Benchmark Results: The GIGABYTE G1 Sniper 3 and Sniper M3 memory bandwidth performance in SiSoftware Sandra is right on par with our other Intel Z77 motherboards. Between these two motherboards from GIGABYTE, the Sniper M3 had a slightly higher performance. Though the performance difference isn’t anything that would be noticeable in day to day usage.