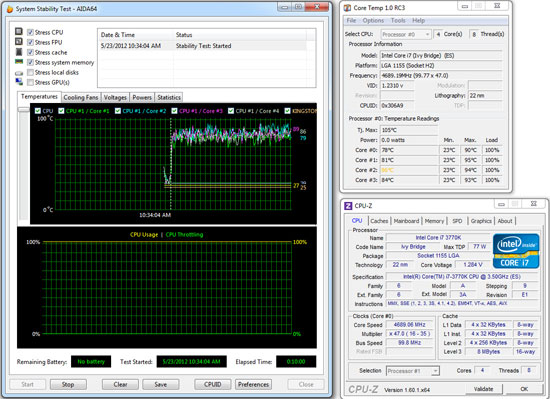 To see what kind of temperatures and power consumption the Intel Core i7 3770K was running at, we fired up the AIDA64 system stability test. We let it run for 10 minutes, and took the average high temperature across all of the cores. 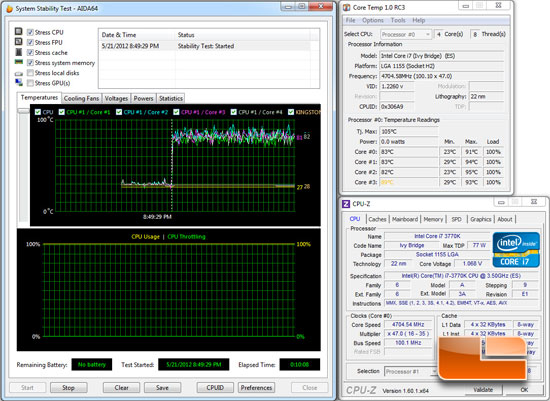 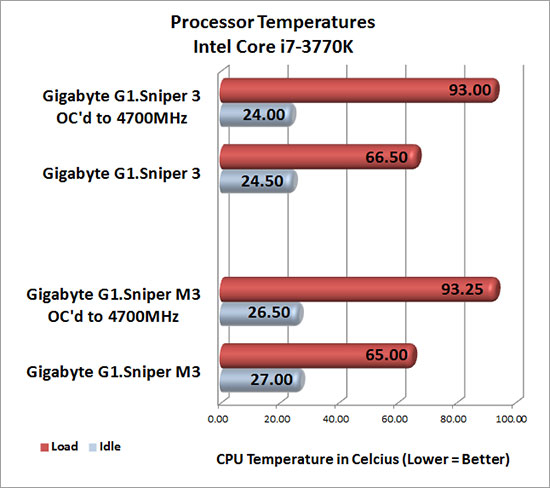 The Intel Core i7 3770K Ivy Bridge processor has overclocked temperatures that are much higher than I would like to see. We took a look at this a few weeks ago and at a clock for clock comparison the previous Intel Sandy Bridge processors are significantly cooler. Both of the GIGABYTE G1 Sniper motherboards had an average load temperature of ~93 degrees Celsius (199.4 Fahrenheit). Looking at the default temperatures of ~66 degrees Celsius, we can see a delta of roughly 27 degrees Celsius when overclocked. The Idle temperatures didn’t deviate between overclocked and defaults speeds by very much. Sitting at idle, both systems brought the processor to ~1600MHz thanks to Intel SpeedStep power saving technology. 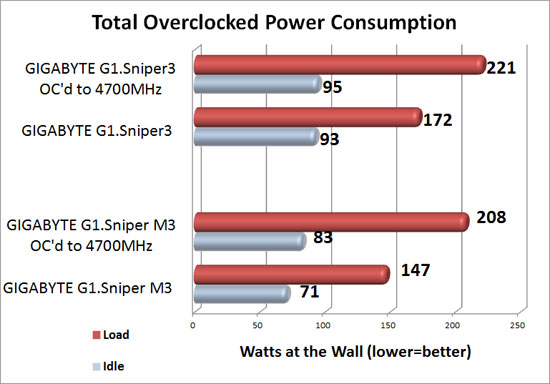