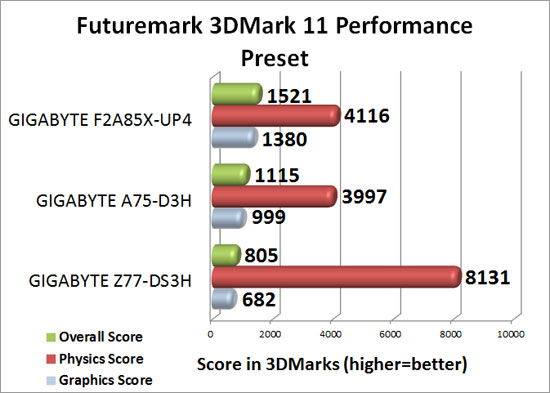 Benchmark results: It doesn’t come as a surprise to us that the GIGABYTE F2A85X-UP4 was able to mop up the competition in 3DMark 11. The AMD 5800K APU takes advantage of the AMD Radeon HD 7660D graphics processor which is significantly faster than the Llano Radeon HD 6550D or the Intel HD 4000 graphics on the Intel ‘Ivy Bridge’ system.