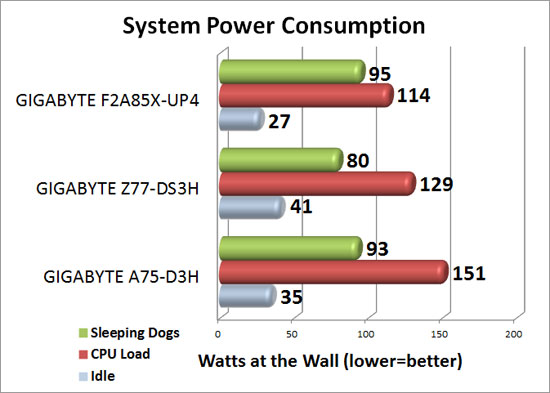 Benchmark Results: We weren’t expecting a huge power difference between the GIGABYTE F2A85X-UP4 with the AMD A10-5800K ‘Trinity’ APU and the A75-D3H AMD A8-3870K ‘Llano’ APU, but we were pleasantly surprised when we saw a very nice decrease in power. The Trinity system used 23% less power at idle and 24% less power in Prime 95 than the Llano system! In games the AMD A10-5800K did use a tad bit more power than the A8-3870K processor, though there is a solid performance gain between the two.