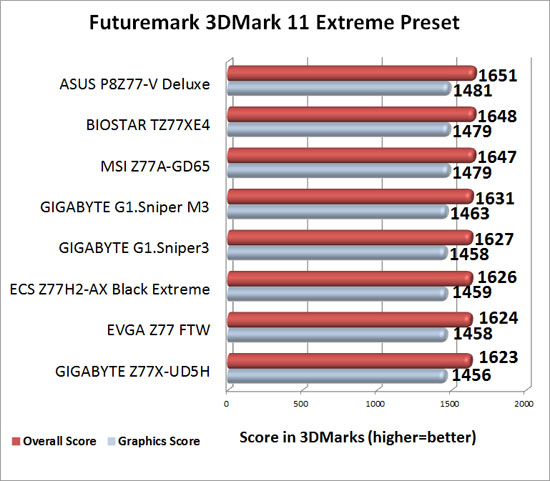 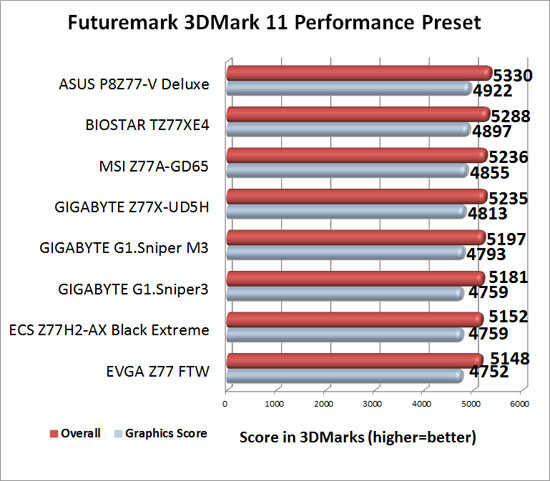 Benchmark results: Looking at the performance preset of 3DMark 11, the EVGA Z77 FTW rounded out the bottom of the charts with an overall score of 5148 3DMarks. That’s only 3 points behind the next board, but 182 3DMarks or 3.5% behind the leading ASUS P8Z77-V Deluxe.