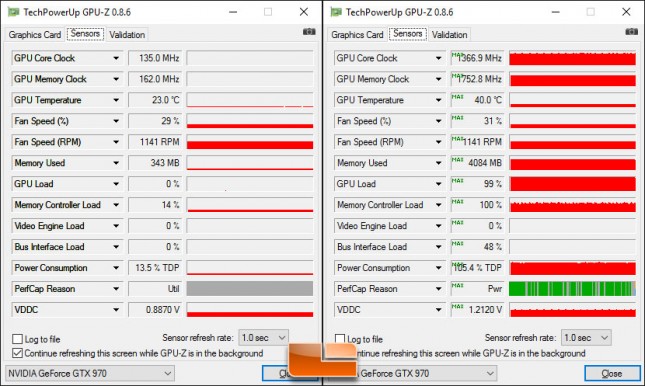 When it comes to temperatures the EVGA GeForce GTX 970 Hybrid Gaming video card idled at 23C on our open air test bench and got up to 40C when gaming for over an hour non-stop. These are very impressive GPU temperatures thanks to the water cooling solution! If you are wanting low temperatures and have room to mount the 120mm radiator/fan, then this card should be of interest to you! 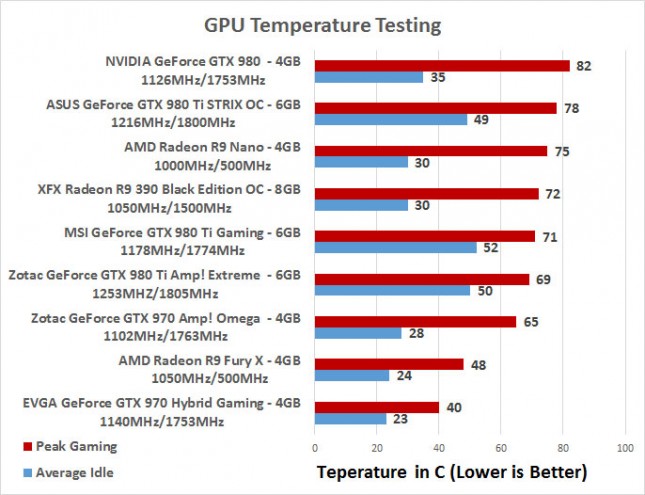 Here is a chart that shows the temperatures of some of the recent cards for comparison! 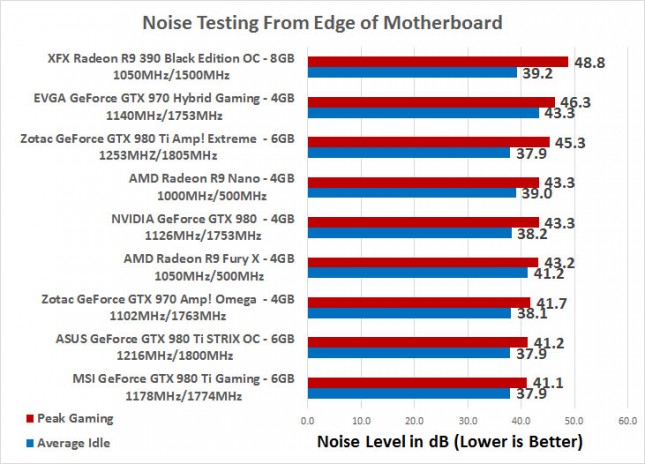 The two fans on the EVGA GeForce GTX 970 Hybrid Gaming are always spinning as this is not a 0dB model and you also have the water pump humming along. This means that the idle speeds are higher than all other cards, but the load temps were on the louder side, but it should be noted that the fan speed ramped up when we hit 40C on the GPU and that only happened on select game titles.