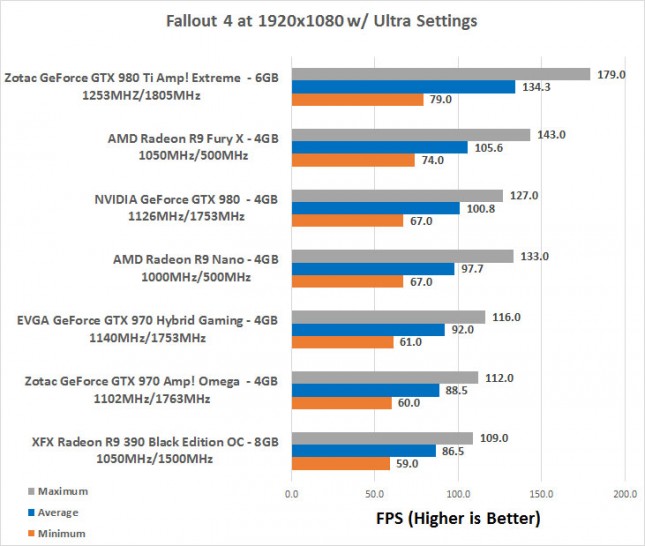 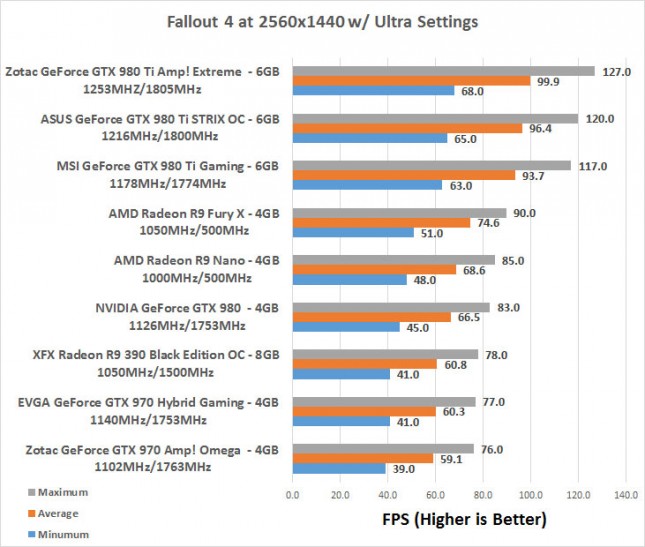 Benchmark Results: With the display resolution cranked up to 2560×1440 we found the XFX Radeon R9 390 performed faster than both GeForce GTX 970 cards on average, but it wasn’t significantly faster. 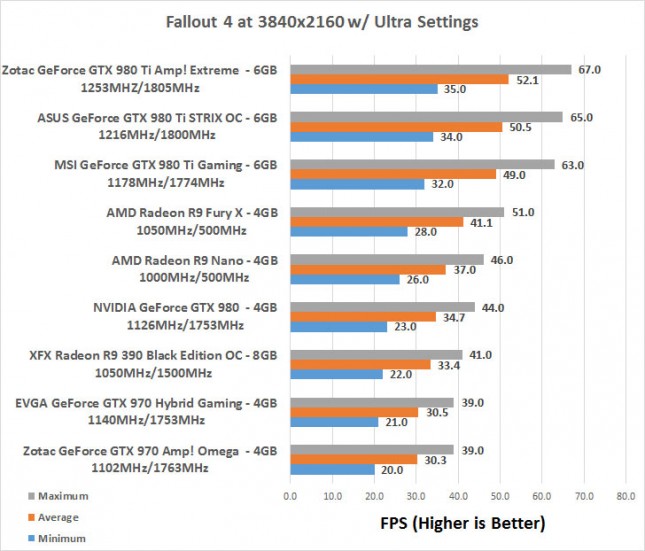 Benchmark Results: When we increased the resolution to 3840×2160 for some 4K gaming goodness the performance gap widened between the Radeon R9 390 and GTX 970’s.