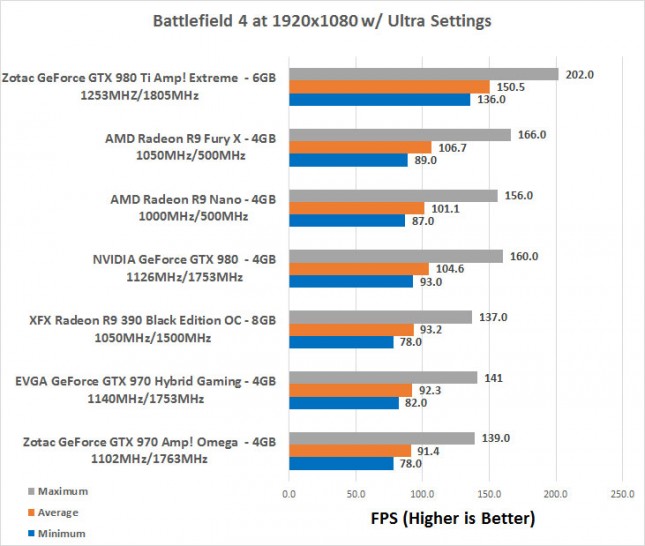 Benchmark Results: The EVGA GeForce GTX 970 Hybrid Gaming video card pulled ahead of the air cooled Zotac GeForce GTX 970 AMP! Omega edition video card thanks to having a slightly higher base/boost clock speed. None of the cards tested here were below 60 FPS in our test scene at the minimums and all should handle most game titles at 1920 x 1080 screen resolutions without any issues at all. 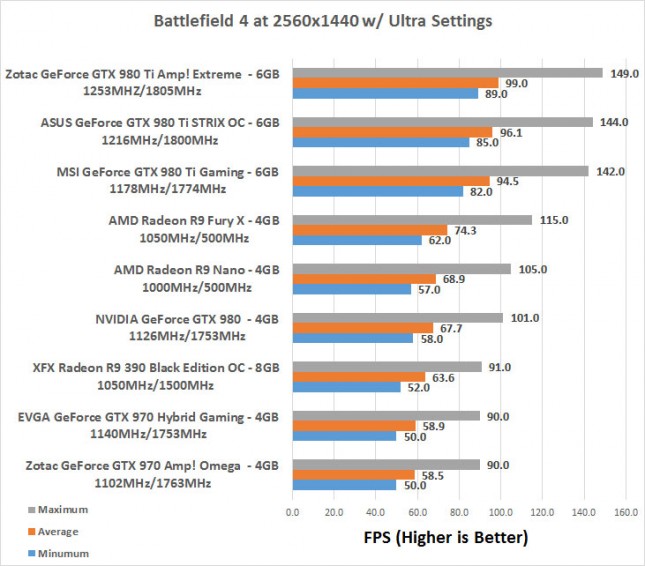 Benchmark Results: If you game on a 2560x1440P display we found the EVGA GeForce GTX 970 Hybrid Gaming coming in at 59 FPS and was basically performing just faster than the XFX Radeon R9 390 8GB and statistically the same as the Zotac GeForce GTX 970 that we tested it against. 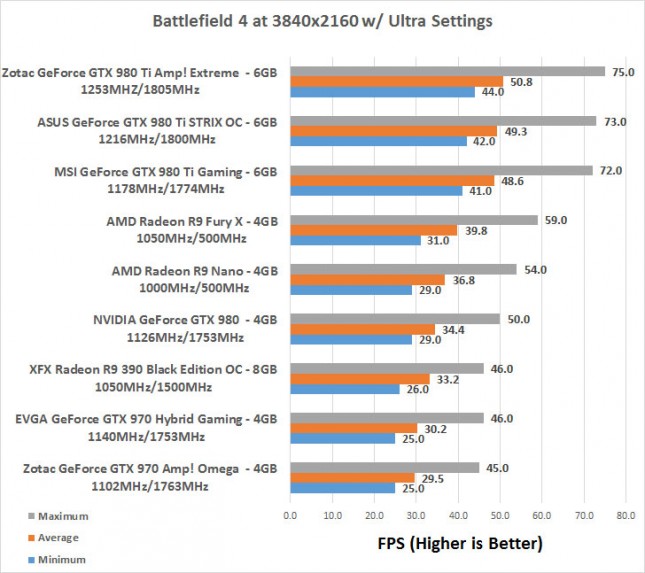 Benchmark Results: When it comes to 4K Ultra HD gaming the XFX Radeon R9 390 BE OC was 3 FPS faster on average than the EVGA GeForce GTX 970 Hybrid Gaming.