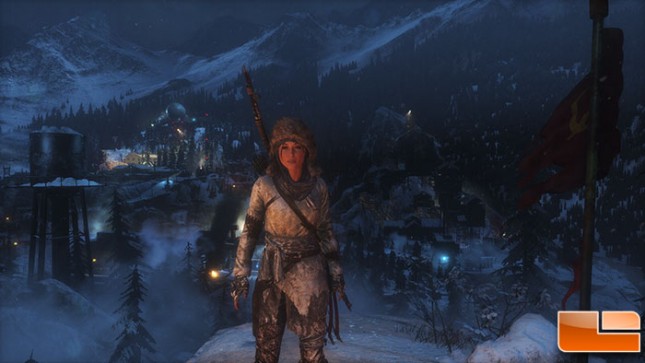 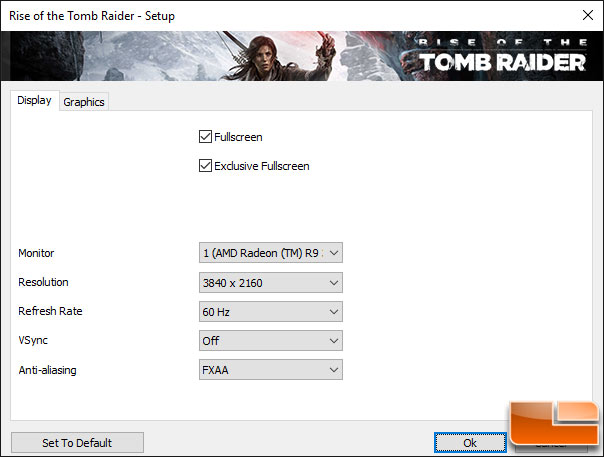 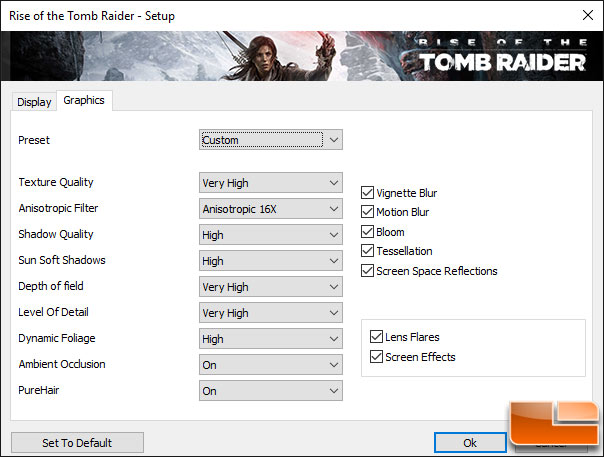 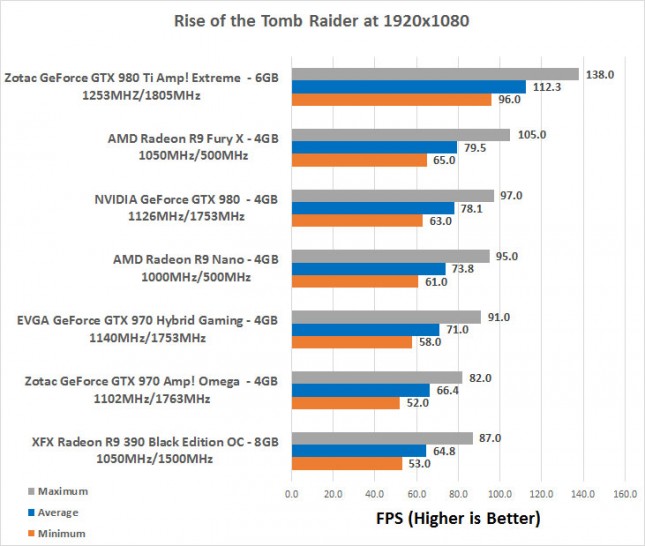 1080P Benchmark Results: For those running Full HD 1080P displays the good news is that all higher-end desktop graphics cards are able to play Rise of the Tomb Raider with 60 FPS averages. The GeForce GTX 970 and Radeon R9 390 still dip down into the low 50 FPS range at times, but the performance on the cards is more than acceptable as we played from the start of the game (Mountain Peak) to the Soviet Installation on the Radeon R9 390 without any major performance issues that we noticed. If you can afford higher-end card than a GeForce GTX 970 or Radeon R9 390 you should be able to stay above 60 FPS at all times. 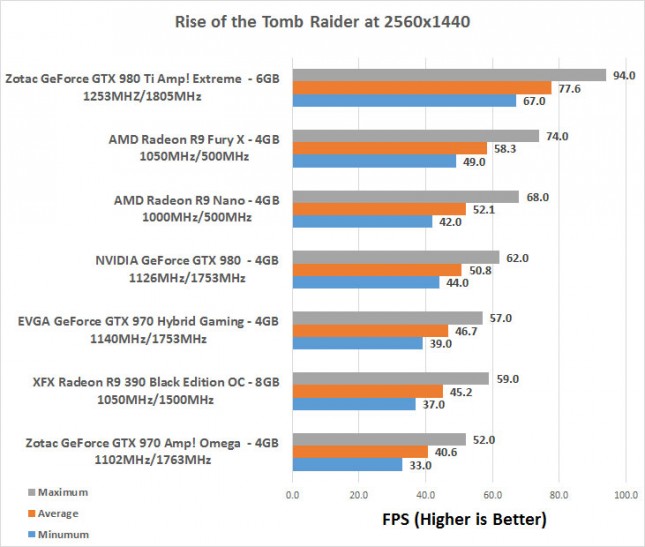 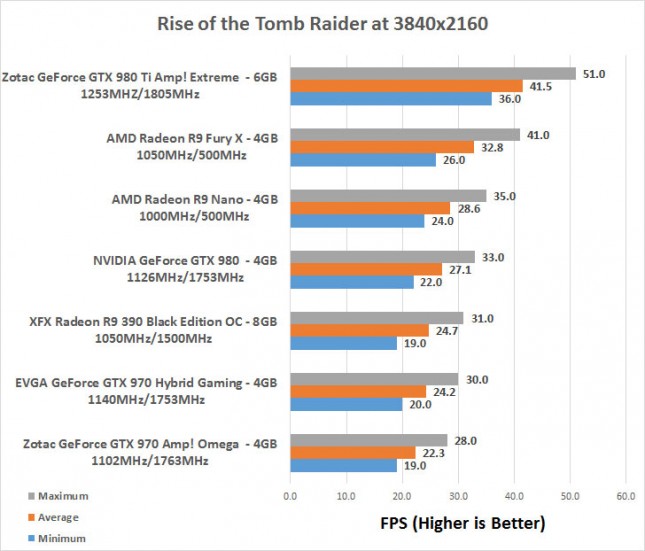 4K Ultra HD Benchmark Results: Rise of the Tomb Raider with these image quality settings were tough on the GeForce GTX 970 cards as they fell into last place and averaged in the low 20 FPS range and you could certainly see screen tearing and the gamplay was far from stellar at 4K Ultra HD resolutions on this card.