All storage testing will be done using the latest version of CrystalDiskMark, version 5.0.3. When testing a specific device, we will format it and reboot the test system prior to testing. The drives used in this test is the SanDisk Ultra II 480GB SSD which has a rated speed of “up to” 550MB/s Sequential Read, and “up to” 500MB/s Sequential Write. The M.2 drive that we will use is the Kingston Predator which is rated for 1290MB/s Read and 600MB/s Write. 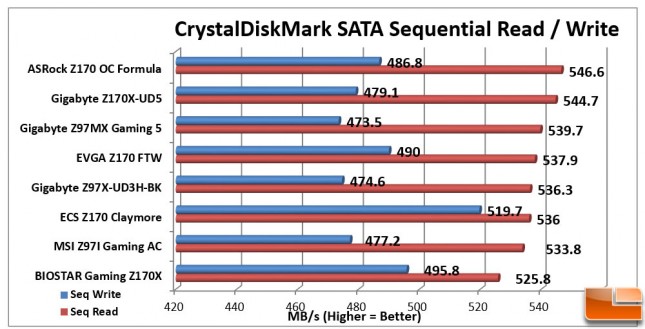 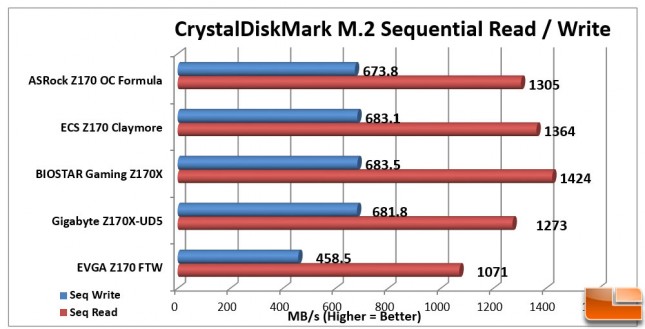 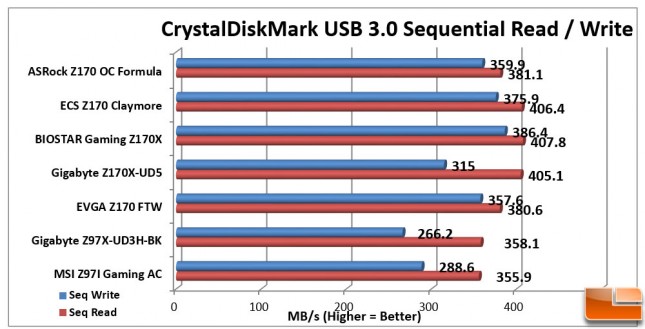 Benchmark Results: In each of the storage performance tests, the ECS Z170 Claymore performed rather well. While its scores are mostly what we would expect, the SATA 6Gb/s Sequential Write speed was a little surprising, it rated higher than we have seen and actually slightly higher than SanDisk’s rated speed. Overall, if storage is high on your priority list, there is nothing on the ECS Z170 Claymore that should hold you back.