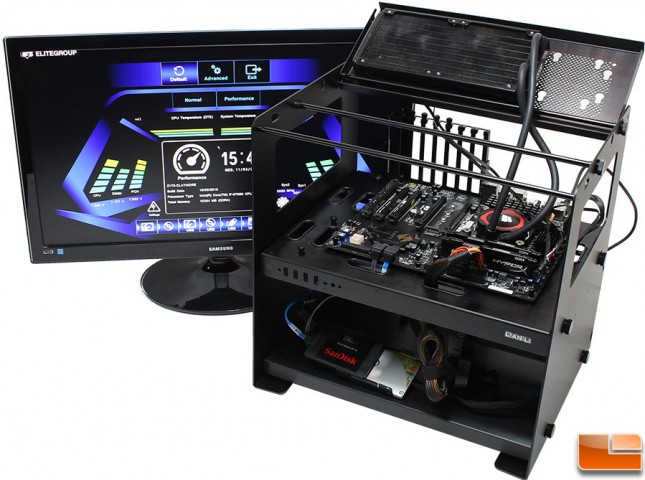 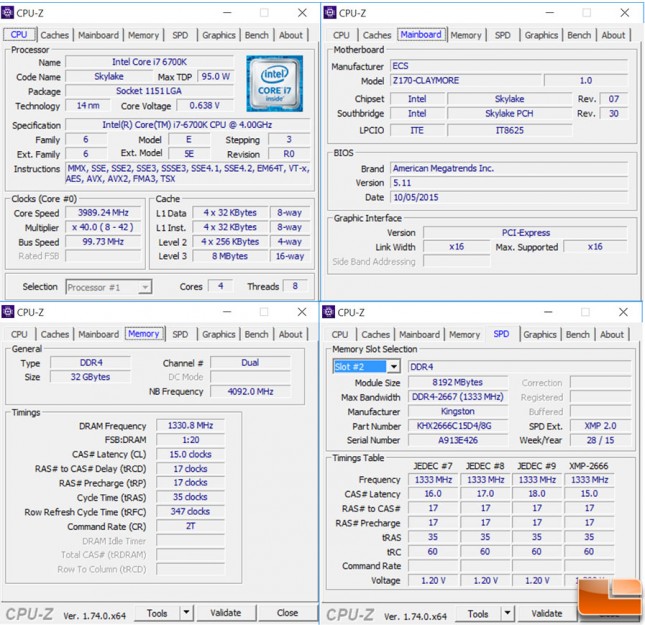 Installing the ECS Z170 Claymore is extremely simple, assuming you’ve installed a motherboard before. Everything is well thought out, with plenty of space around the CPU socket to install an AIO liquid cooler with ease. If you install your memory after installing the GPU, there won’t be any issues with the clips as the clips on that side of the memory slots are just guides, the actual clip is towards the outside edge of the motherboard. For both the memory and front panel connections, ECS prints the configuration right on the motherboard, making one less trip to the manual to see exactly how to set it up.

We had a bit of an odd experience with the ECS BIOS. There appears to be two different graphical UEFI BIOS screens, they both provide the same information, just look a little different. On the default screen, ECS provides the options to run in Normal or Performance mode, and adjust the boot order. Beyond that the “Advanced” BIOS menu options will need to be used, which looks like a standard graphical BIOS screen. 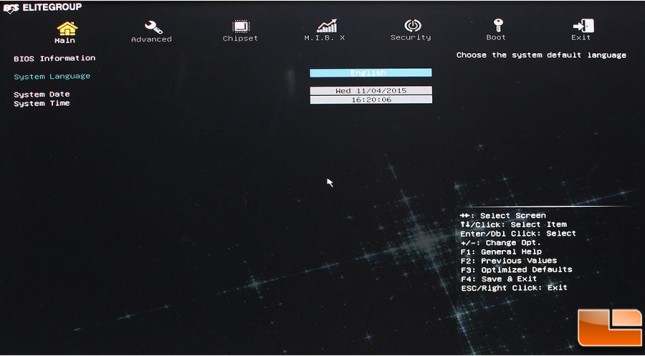 Now that we have the system up and running, let’s get to some Overclocking and benchmarking.