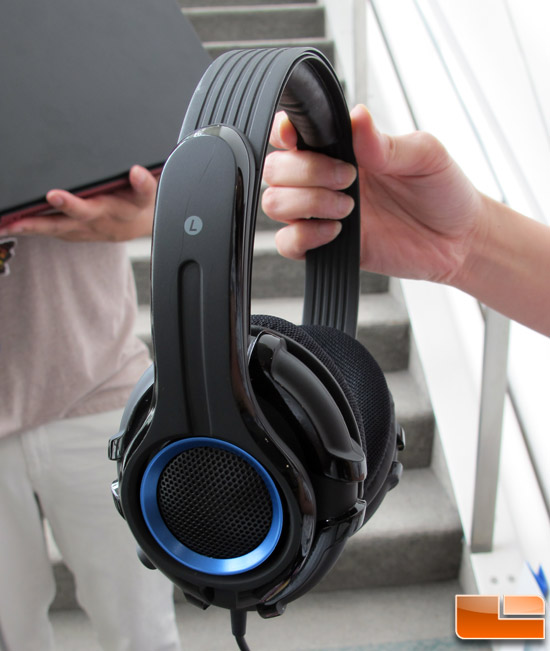 We have to mention these E3 Expo newcomers from Oblanc who demonstrated their new Gamestergear Cruiser P3210 Gaming Headset.  These headsets look absolutely massive to the eye, but the truth is they are very light and come loaded with tech for a very low price. 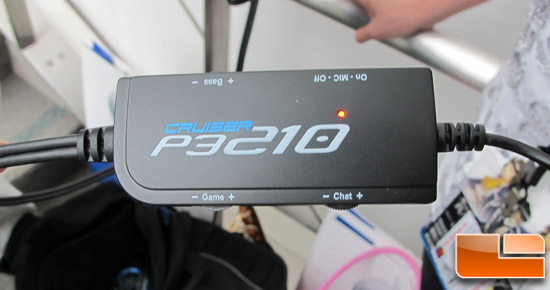 Even though the Gamestergear Cruiser P3210’s have an over the ear design, they are outfitted with 4 drivers that produce true surround sound. If you don’t like the way some DSPs ‘simulate’ surround sound, then you need to put 2 separate drivers on each ear to hear what it can do. We literally shook when playing Call of Duty: B.O. and felt as if we were totally immersed in a movie while video was playing. 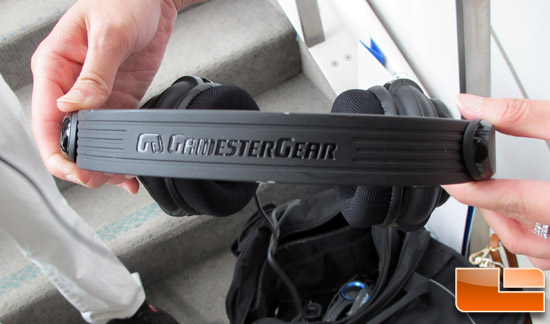 As good as these headsets are, Oblanc has a headset with 4 drivers per ear – UFO510 Oblanc 5.1 Gaming headset.  We should be doing a full review on these headsets in the next couple of week so keep an eye out for these new comers.  If the shipping version of the headsets comes close to the version we heard at E3, then the “big boys’ will definitely have to look over their shoulder! 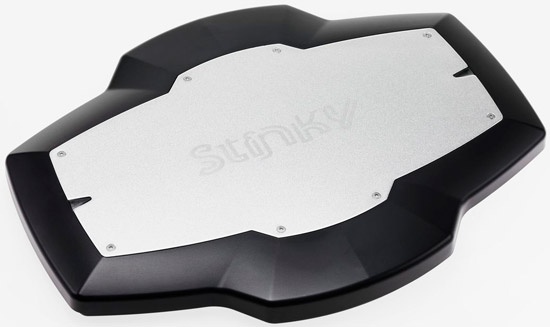 We stopped by a very interesting booth that had a very unique controller.  The Stinky Footboard is a handy accessory designed to benefit a gamer that wants 3-4 more hotkeys to use simultaneously with your keyboard or console controller.  The obvious benefit of having a foot board controller is that a gamer would normally need to set 3 to 4 hotkeys using the ctrl, alt, and shift keys to keep everything within reach of a single hand, but with a foot controller, the solution like the stinky footboard you can execute these commands by rolling your foot right or left and ricking your foot back or forward.

The Stinky Footboard gives gamers 4 keys to program and use. A gamer can assign the forward key to be the games sprint binding creating a natural feel.  Naturally you would think this board would take some major damage from a gamer getting into the game, but the stinky footboard is made to take that kind of punishment. It’s designed with a foot-long piece of brushed aluminum sitting atop the footboard surrounded by heavy duty black plastic. 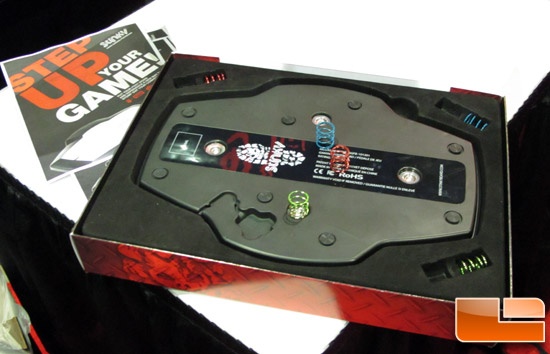 The inside of the board is housed in a steel frame making it so durable that we were showed the Stinky Footboard being ran over five times by a car coming out with no damages. On the bottom of the board there are adjustable tension boxes, with an Allen wrench the springs can be tightened or loosened to affect the responsiveness of the board. The board comes with 2 extra of each of the 3 different types of springs which are soft, medium, and stiff which will give the footboard an even wider range of response. The Stinky Footboard uses a USB input with a 6 foot micro USB cord and requires a Window XP or higher PC. Gamers will also need to download a simple key binding program from the website. 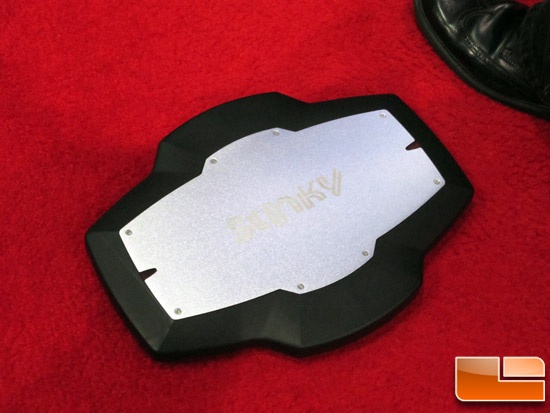 While in L.A. we also ran into Snoop!  Actually he ran into us in conjunction with the upcoming DreamWorks film Turbo, Snoop Lion (Formerly Snoop Dogg) and his friends held a not-so-impromptu concert just outside the halls of the Los Angeles Convention Center at  Nokia Theater L.A. Live where the 2013 E3 Expo was being held. Snoop dressed in his typical West Coast fashion performed “Let the Bass Go” the lead single for the soundtrack of the film. Snoop’s voice will also appear in the film as “Smoove Move” one of the main characters. Snoop also performed his hits “Drop it Like It’s Hot” and “The Next Episode”. 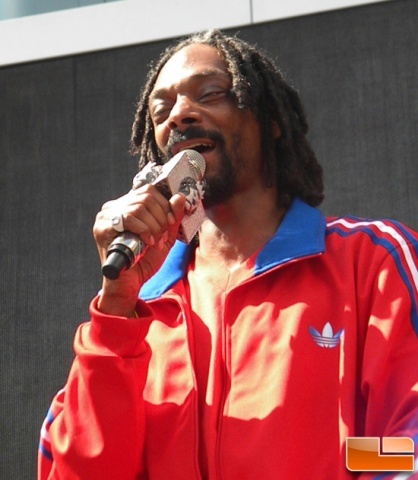 The DreamWorks-sponsored concert event had others from the “Turbo” cast who showed up like Michelle Rodriguez and Michael Pena. Ryan Reynolds stars as the lead character, Turbo, who is a snail trying to live life in the fast lane.  Snoop definitely brought energy to the stage and it was nice to see him up close and personal. There were Turbo inspired Tacos for the crowd as well as a gaming booth sponsored by Verizon. Turbo, the film is due in theaters on July 17.

Well, that’s all the time we have for this year’s E3 expo.  On the surface, this year’s convention looked to be all about the Xbox One and PlayStation. We were able to dig a little deeper and find some nice products that are going to be hitting the market later on this year.  Just like the mission of the E3 expo, we wanted to find out what’s next. Certainly, the trend is for more headphones that are customizable via software and via decals and color themes.

If you need more E3 information, be sure to check out our Day 0 article as well as our Booth Babe article.