We aren’t sure how energy efficient the CyberPowerPC Gamer Xtreme VR is, so we figured we’d take a look and see how much power the system uses. 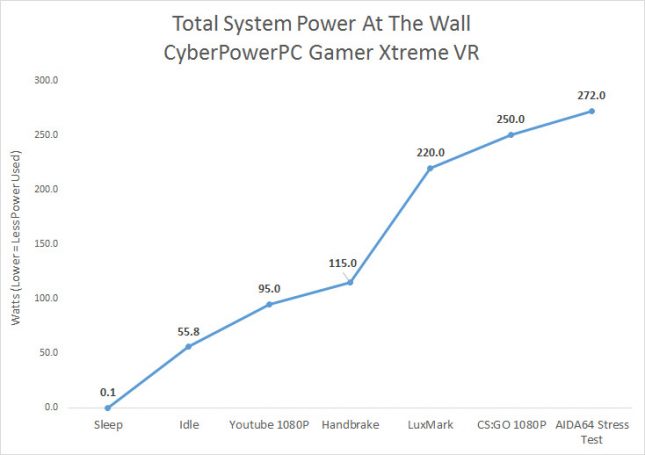 We found the CyberPowerPC Gamer Xtreme VR uses around 56 Watts at idle and peaks at 272 Watts when running the synthetic AIDA64 Stress Test. When watching Youtube 1080P videos we averaged 95 Watts of power draw. When playing CS:GO at 1920×1080 with maxed out image quality settings we hit 250 Watts. Not bad power from a fully equipped gaming PC! 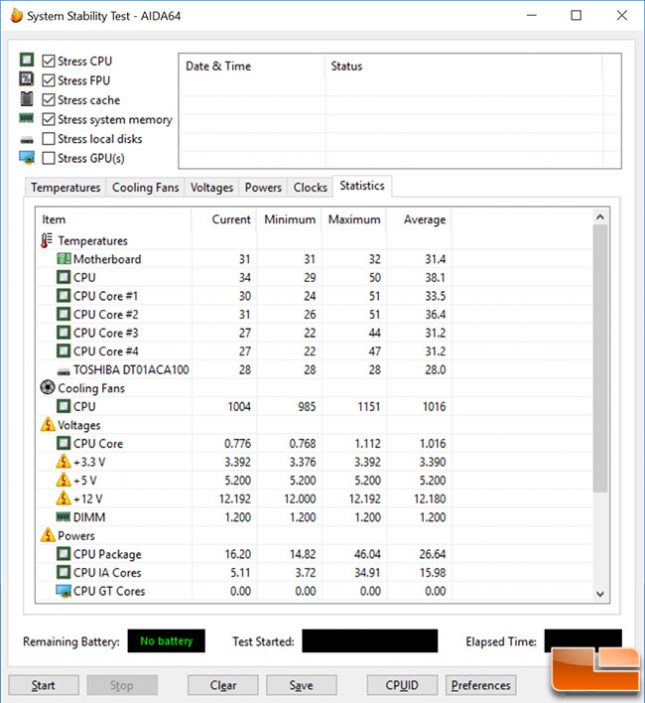 AIDA64 reported that the Intel Core i5-6402P processor idled on the desktop with a core temperature of 29C and when playing CS:GO for an hour we topped out at just 51C with the factory Intel CPU cooler fan spinning at just 1,150 RPM. Not bad and you really can’t hear the CPU cooler while gaming as the other case fans and video card fans all just blend together and the but you could certainly hear it when it reached 4,200 RPM while the system was under full load. At that speed the fan was easily heard, but it shouldn’t be annoying unless you are in a totally quiet environment with no other noise. 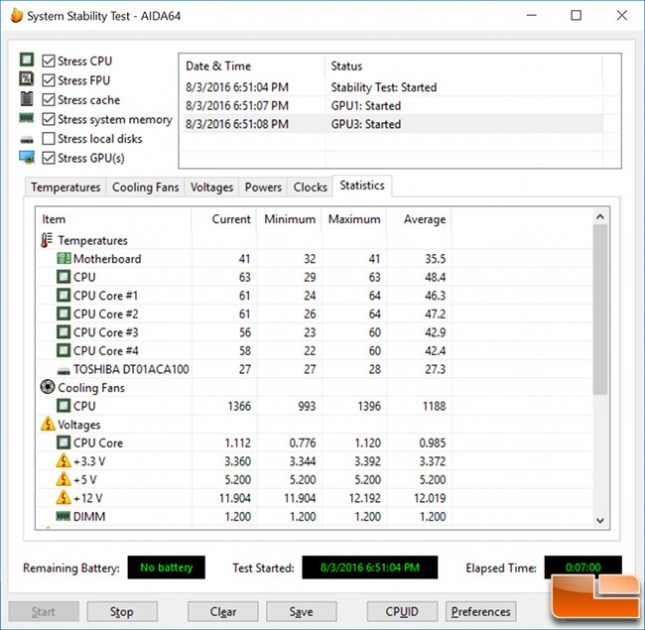 We also ran the built-in stability test (minus the HDD test) and found that after seven minutes of everything at a full load we got up to 63C on the CPU and the fans were spinning at 1,400 RPM. This was a bit louder than we experienced under normal gaming loads, but was still pretty good considering pretty much everything in the system was at full load in this worst case scenario test. 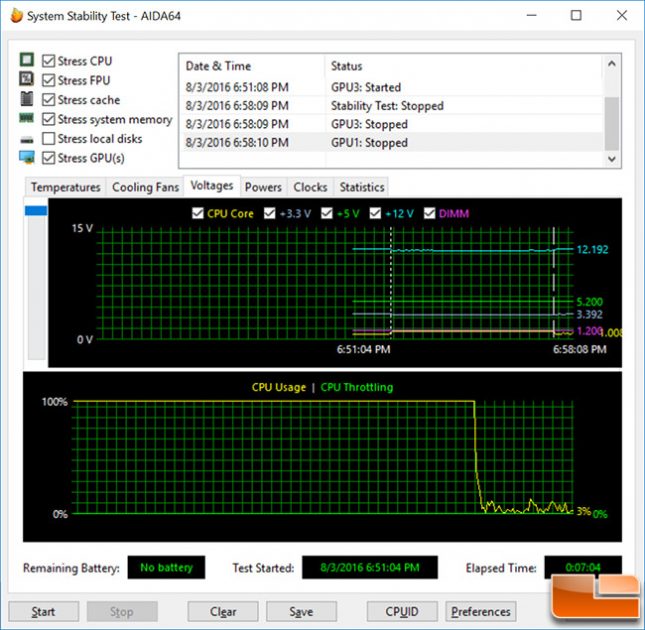 The one thing we did notice is that +12V rail on the power supply was at 12.192V at idle and then dipped down to 11.904V while the stress test was running. This is a decent 2.4% voltage drop, but not low enough to be concerned with as during normal gaming and use it only dropped down to 12.000V. Synthetic tests are fun to use, but understand they show worst case scenarios. The +5V never budged in testing and the +3.3V rail only slightly dipped.