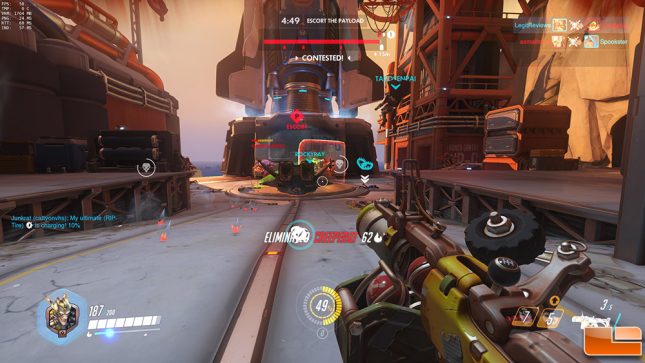 Overwatch is a multiplayer first-person shooter video game developed and published by Blizzard Entertainment. It was released in May 2016 and has over 10 million game copies activated, making it one of the biggest game titles around. Overwatch puts players into two teams of six, with each player selecting one of several pre-defined hero characters with unique movement, attributes, and skills; these heroes are divided into four classes: Offense, Defense, Tank, and Support. Players on a team work together to secure and defend control points on a map and/or escort a payload across the map in a limited amount of time. 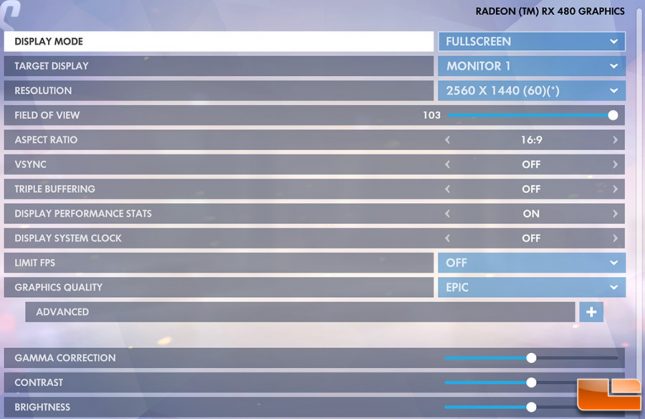 Overwatch is using a proprietary game engine and we tested the game title with ‘Epic’ image quality settings. Once we had the graphics and display settings figured out we used FRAPS to manually benchmark a section of the game for a couple minutes. We tested at two resolutions during the same online game, so you will have an idea of the general performance at that resolution. The two runs were done at different places in the same map, so the performance lines shouldn’t line up at all. 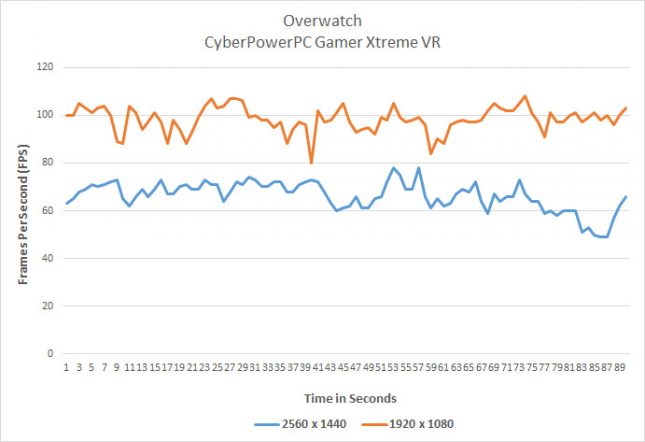 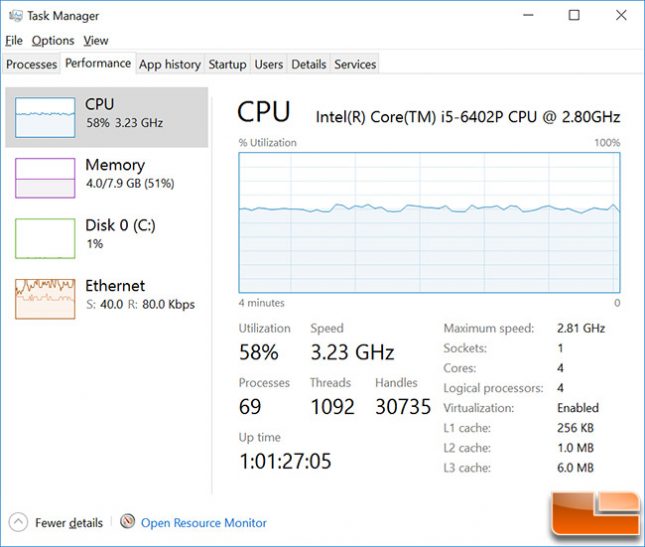 Benchmark Results: When it comes to CPU utilization we found that we were using about 60% of the processor while playing Overwatch and using 4GB of the 8GB of system memory. The chart is done in slow mode, so this is a look at four minutes of CPU performance.