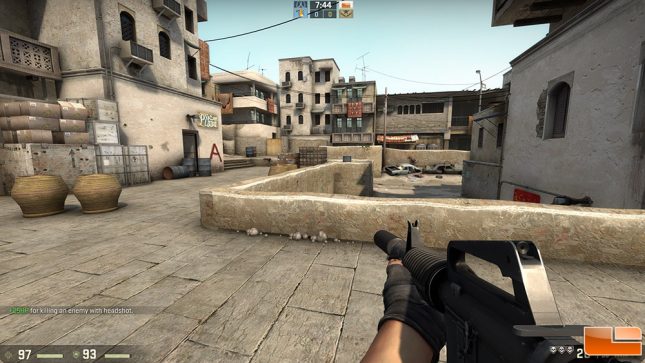 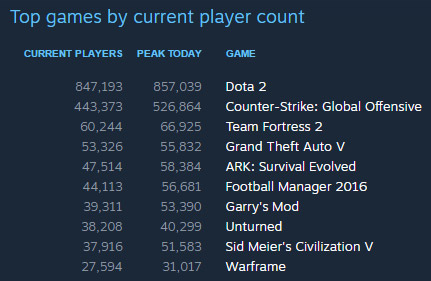 This game remains one of the most played game titles on Steam with daily peaks of over 500,000 gamers playing it daily! That is more than 10x the number of people playing Grand Theft Auto V online, so we figured we’d take a quick look at performance with everything cranked up. 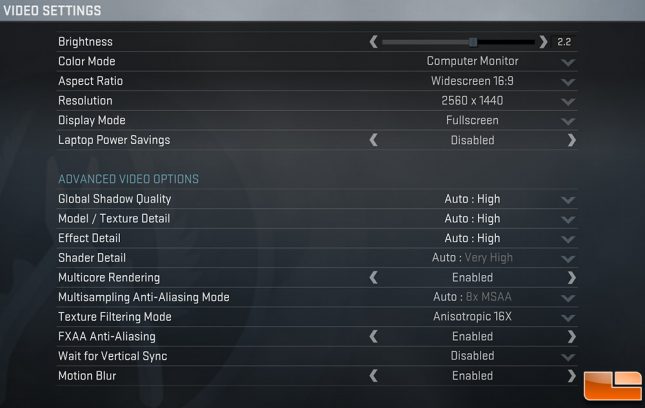 This game title uses the Source game engine and looks pretty decent. We tested CS:GO with the high graphics quality preset with 8x MSAA and 16x AF. Once we had the graphics and display settings figured out we used FRAPS to manually benchmark a section of the game for a couple minutes. We tested at two resolutions during the same online game, so you will have an idea of the general performance at that resolution. The two runs were done at different places in de_dust2, so the performance lines shouldn’t line up at all. 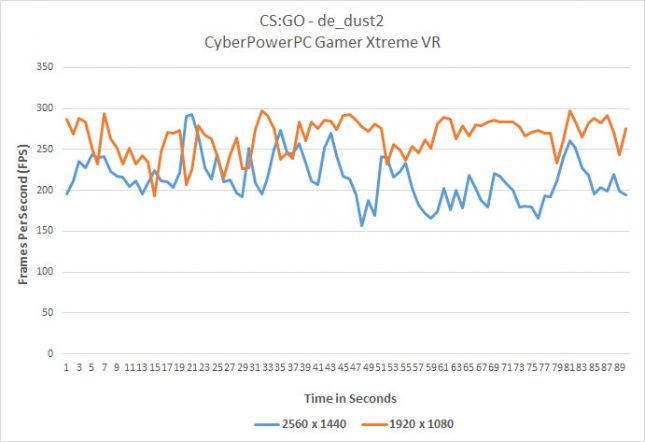 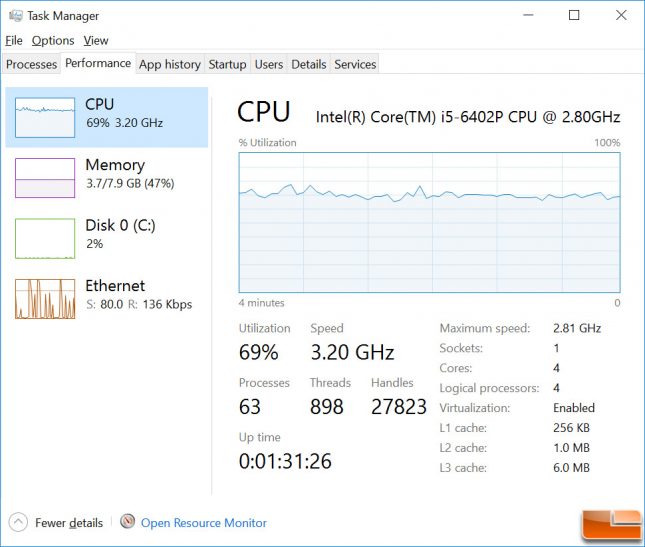 Benchmark Results: When it comes to CPU utilization we found that we were using about 70% of the processor while playing CS:GO. The chart is done in slow mode, so this is a look at four minutes of CPU performance.