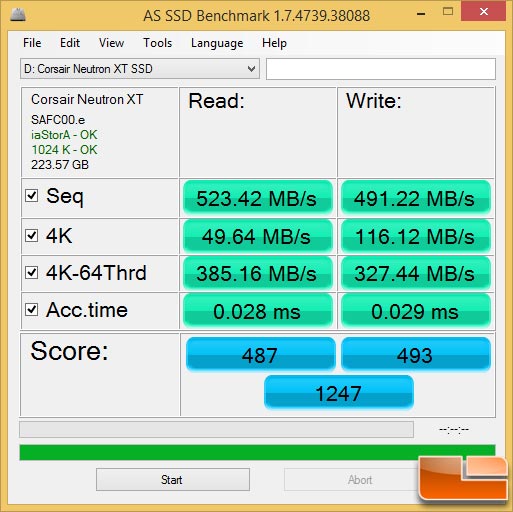 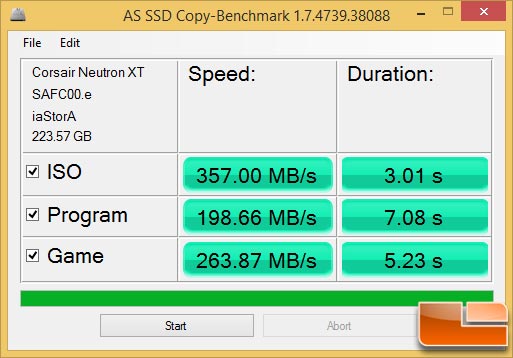 Benchmark Results: AS SSD showed the Corsair Neutron XT 240GB SSD hitting 523 MB/s read and 491 MB/s write in the sequential benchmark with the overall score being 1247 points. 4K was weak point for the Phison 3108 controller and this appears to hold true for the Phison 3110 controller as the random 4K read performance was just 50MB/s again. 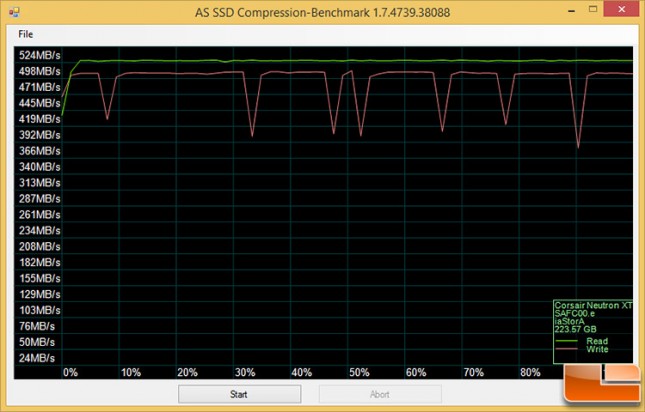