The readout on CrystalDiskInfo 6.2.1 shows that the Corsair Neutron XT supports S.M.A.R.T., APM, NCQ, TRIM and DevSleep. The firmware version that we are running at the time of testing on the drive was SAFC00.e. 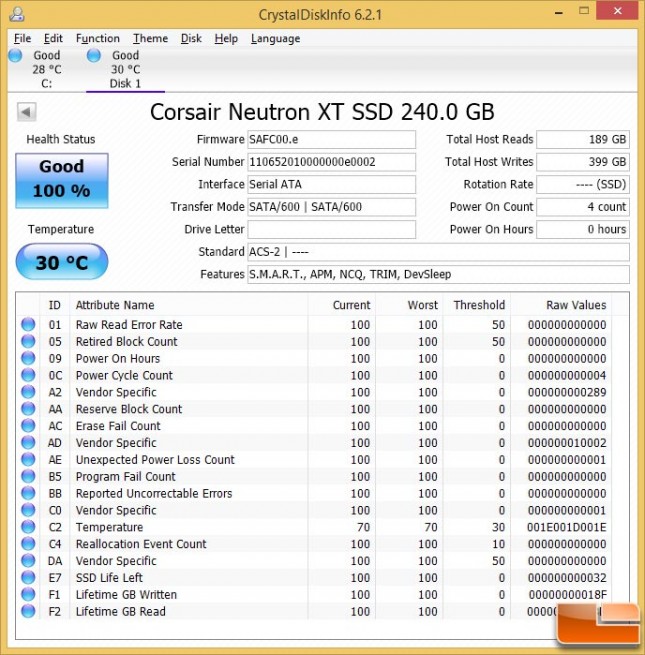 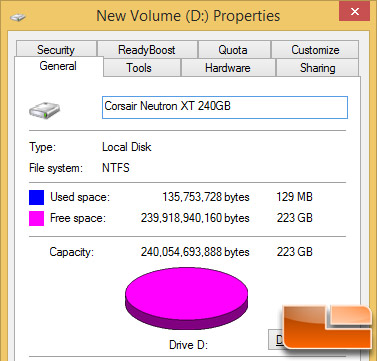