The Corsair Force MP500 series M.2 NVMe SSDs have pretty impressive impressive performance and blow your typical mainstream SATA III SSD out of the water. Corsair’s first PCIe SSD is a good entry for them to get into the M.2 PCIe SSD market as it is growing fast and anyone concerned about performance wants an NVMe drive today. ATTO showed the Corsair Force MP500 M.2 480GB NVMe drive topped out at 2,980 MB/s read and 2,400 MB/s write in the standard overlapped I/O benchmark. This drive is rated at 3,000 MB/s max sequential read and 2,400 max sequential write, so we are right where we need to be.

Is the Corsair Force MP500 series right for latop use? The MP500 is a double-sided M.2 2280 card and it does run pretty hot, up to 67C in our testing with a fan blowing on it, so this is best used in a desktop PC with good airflow.

The Corsair Force MP500 series just came out, so we are hoping that the Newegg prices will be adjusted soon as you are looking at between $0.68 to $0.92 per GB and that is higher than most drives on the market. Arguably the best M.2 NVMe drive on the market at this capacity would be the Samsung SSD 960 PRO 512GB drive that is priced at $329.99 shipped ($0.64 per GB) and that drive qualifies for a free game code for Watch Dogs 2 (currently $59.99 on Amazon). The Samsung SSD 960 EVO 500GB also qualifies for a free copy of Watch Dogs 2 and is priced at $249.99 shipped ($0.50 per GB) for the 500GB capacity drive. Then you have the Patriot Hellfire M.2 480GB drive priced that is basically identical to this one for $229.99 shipped. Corsair needs to do a price adjustment ASAP on the drive as it really should be priced super close to the Hellfire series.

The Corsair Force MP500 series 480GB drive will make for a solid upgrade for an older SATA HDD or SSD if the pricing comes down a bit. We are glad that Corsair hasn’t abandoned the storage market despite shrinking profit margins and tight NAND supplies. We know prices will drop and firmware issues will be released in the months ahead, so we truly do feel like this is a good M.2 PCIe NVMe SSD offering from Corsair that will only be getting more attractive to shoppers in the months ahead.

Legit Bottom Line: The Corsair Force MP500 480GB M.2 drive gives Corsair a much needed M.2 PCIe NVMe drive to be competitive with other companies, but they need to work on the price and come up with a new software utility that is optimized for NVMe drives.

Update 12/22/2016 4pm CT: Corsair let us know that the Force MP500 uses standard firmware, but has a larger cache. They had no explanation for our QD testing as it is not something most review sites test. They will try to replicate our performance numbers overnight and will get back to us.

Update 12/23/2016 4pm CT: Corsair was unable to replicate our Force MP500 480GB low QD performance numbers and due to the inconsistent results they will be sending us another SSD that should arrive on 12/29/2016. We might just have a bad sample as that does happen from time to time.

Update 12/28/2016 4pm CT: We have received the additional Corsair Force MP500 480GB drive from Corsair and performance is much the same and it shouldn’t be. We’ve since turned our attention to our SSD test bed and have swapped out the primary SSD, re-installed Windows 10 Anniversary Edition, cleared the CMOS, swapped our processors, changed motherboard slots, changed ASUS Hyper M.2 cards and nothing worked. We’ve gone back and tested the Patriot Hellfire M.2 480GB drive and it’s performance is no longer where it should be. While doing this the platform could no longer find Windows on our primary drive and we believe that the motherboard itself has failed for some odd reason. Since it is looking like we have a hardware failure that is impacting the Anvil performance numbers we will be removing that page and altering our conclusion.

Update 01/16/2017 11am CT: We have received the new ASUS X99 Sabertooth motherboard from Fedex and replacing the board fixed all the issues we had. We’ve never seen a board that worked okay, but had poor PCIe performance before.  Always something new! 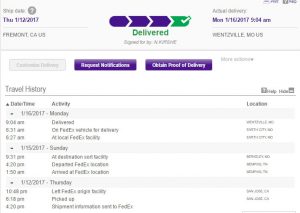 Update 1/25/2017 1pm CT: After hearing from our readers that the cache on the drive was half of what Corsair was stating we contacted the company a couple days ago to inquire about this. Corsair reached out to us this afternoon and let us know that the drives have half the cache that we were told it has. The 480GB drive has 512MB, the 240GB drive has 256MB and the 128GB drive has 128GB of DDR3 cache. This article has been updated to reflect that.