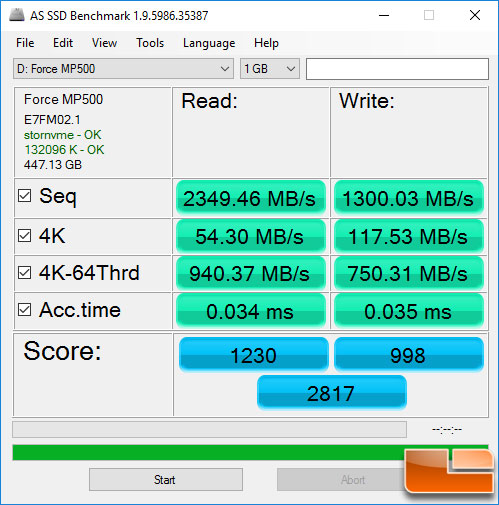 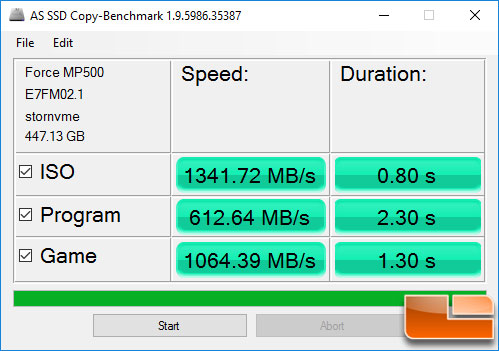 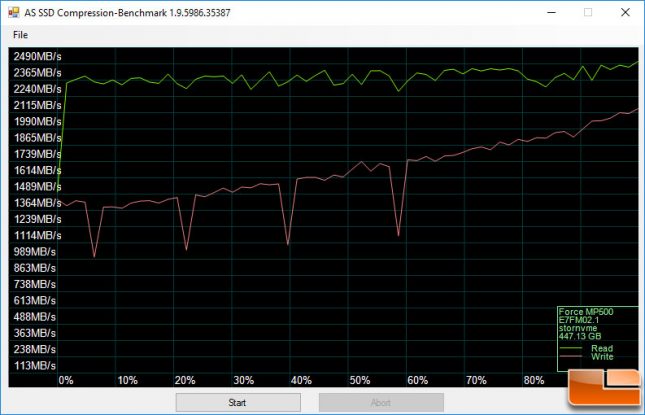 Benchmark Results: For this benchmark chart you would ideally want to see a straight line as you don’t want any compression performance loss as the test goes from 0% compressible to 100% compressible data during the benchmark test period. The Corsair Force MP500 M.2 480GB drive had a number of performance dips on write operations and you can see that performance does does increase as the compression percentage increases. This is similar to other drives using the Phison controller with Toshiba 15nm MLC NAND Flash, so nothing out of the ordinary here!