The readout on CrystalDiskInfo 7.0.4 shows that the Corsair Force MP500 series supports S.M.A.R.T. and nothing else, but we know that TRIM is supposed to be supported. The drive we received had firmware version E7FM02.1 (better known as firmware version 2.1) installed and that is the version that we used for general testing and benchmarking. 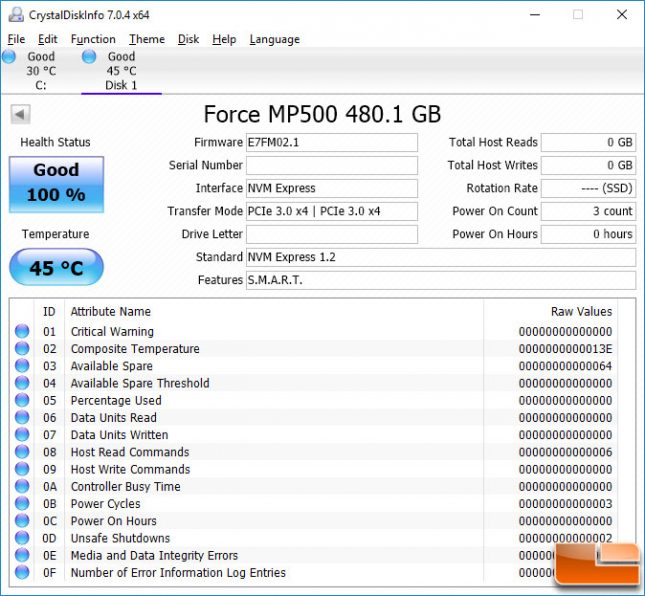 The overall capacity shows up as 447 GB on the Corsair Force MP500 480GB M.2 PCIe SSD in Windows 10 Anniversary Edition. 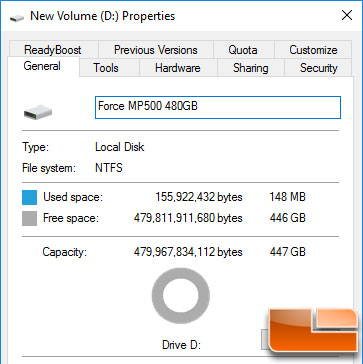 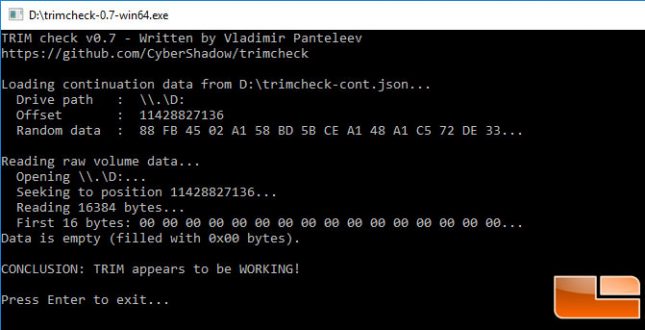 According to TRIMCheck v0.7 ,the Corsair Force MP500 M.2 SSD does execute the TRIM command correctly!