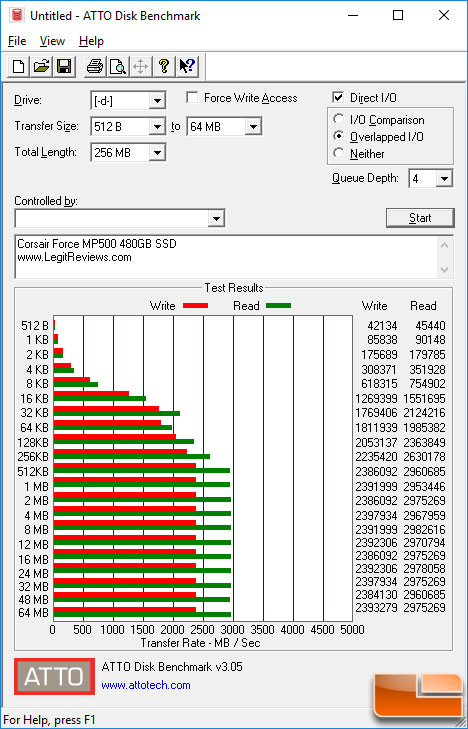 Benchmark Results: ATTO showed the Corsair Force MP500 M.2 480GB NVMe drive topped out at 2,982 MB/s read and 2,398 MB/s write in the standard overlapped I/O benchmark. This drive is rated at 3,000 MB/s max sequential read and 2,400 max sequential write, so we are right where we need to be. Seeing 3.0 GB/s read and 2.4 GB/s write speeds is impressive to hit on a single drive as just a couple years ago this was only possible with a RAID setup.  The 16KB read score is abnormally high, but the result was the same no matter how many times we ran the benchmark. 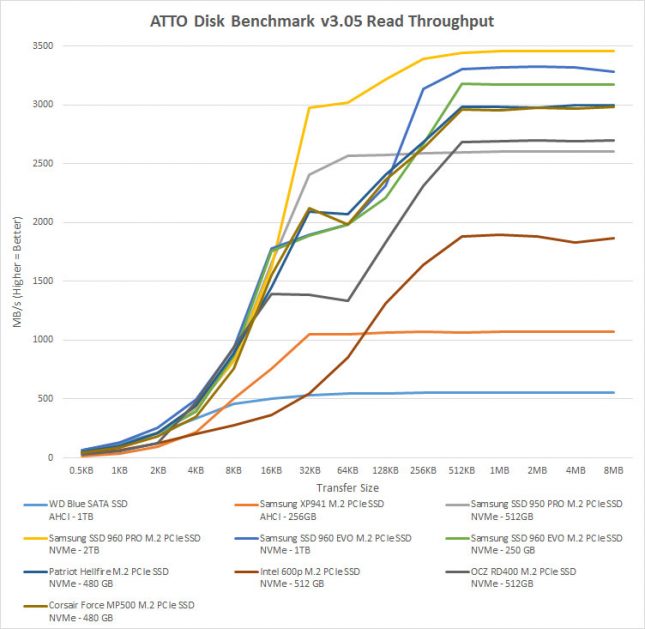 Benchmark Results: When comparing the Corsair Force MP500 M.2 480GB SSD to nine other models you can quickly see that it does pretty well. In the sequential read test you can see the MP500 doesn’t top out until it reaches the 512KB file size. In the sequential write test it slower than most of the other drives up until about 16KB and then by the 128KB file size it has nearly the fastest sequential write speeds that we have ever seen before from any single consumer drive. At the smaller transfer sizes the performance is behind most of the drives, so that fast sequential write number will only be attainable with larger block sizes.