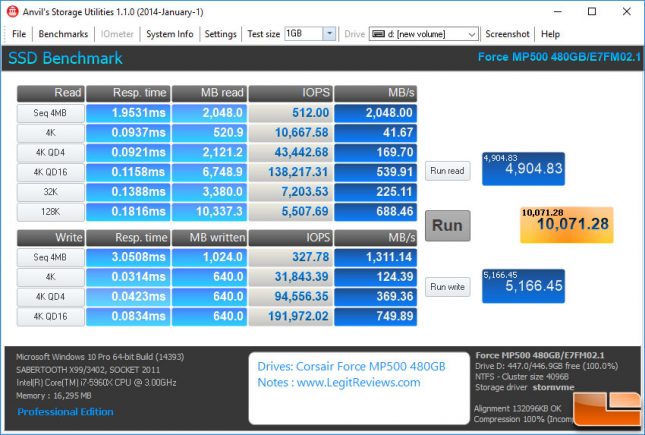 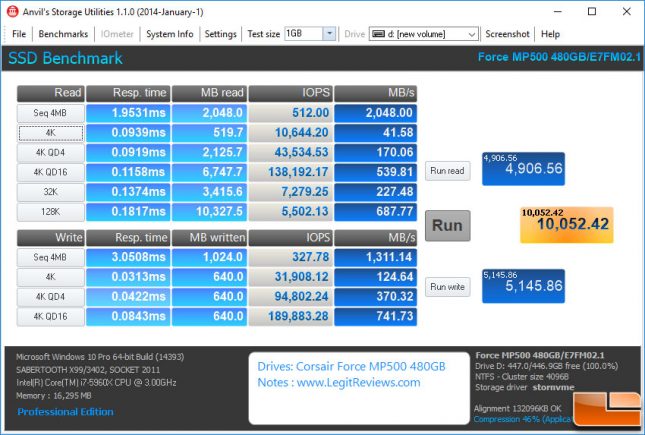 Benchmark Results: With the compression at 46% to help mimic real world applications better we found the overall dropped just a bit down to 10,052 points. 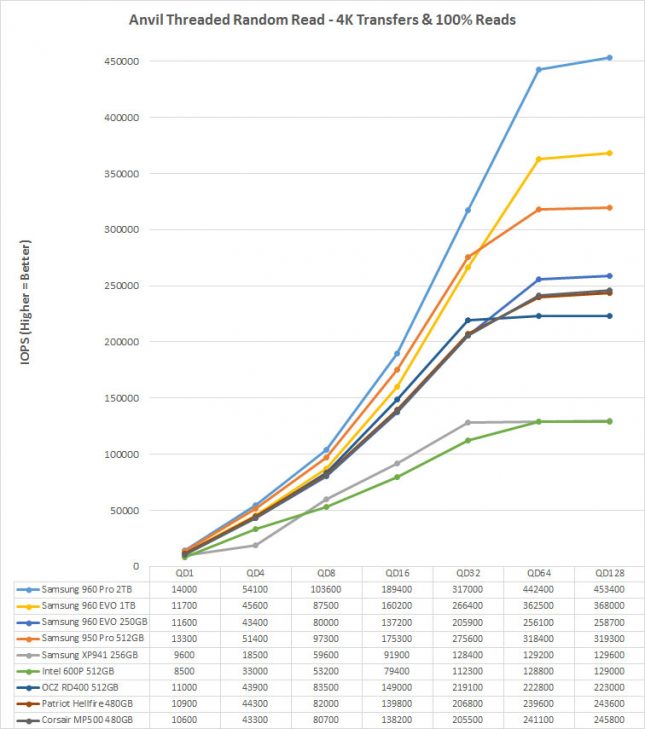 Benchmark Results: We used Anvil to check the 4K Random Read performance and found we we topped out at 245,800 IOPS, which just shy of the drives rated 4K Random Read rating of 250,000 IOPS. To be totally fair Corsair used IOMeter to come up with that result, so we are totally in the ballpark. 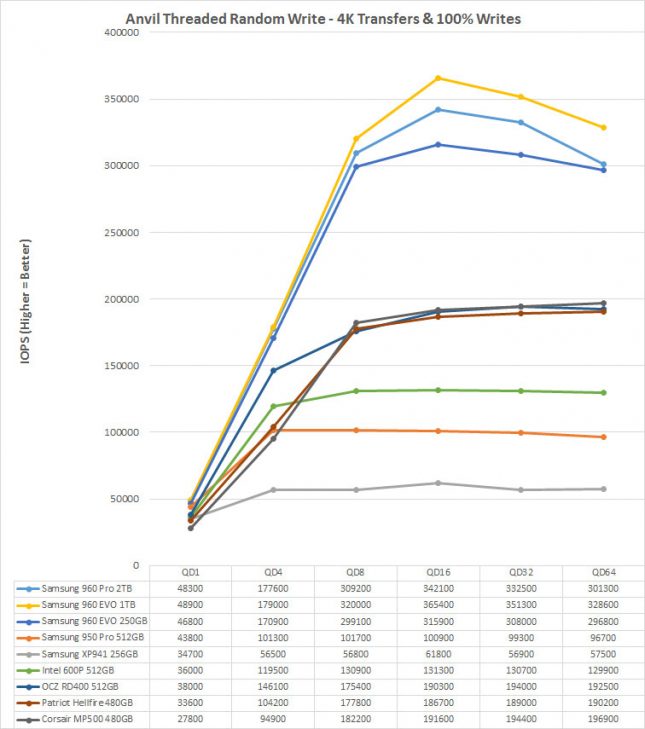