We will use a P3 Kill-A-Watt meter to monitor the power consumption throughout all phases of testing.  While monitoring the power usage, we will make notes of the highest and lowest reading for each test. 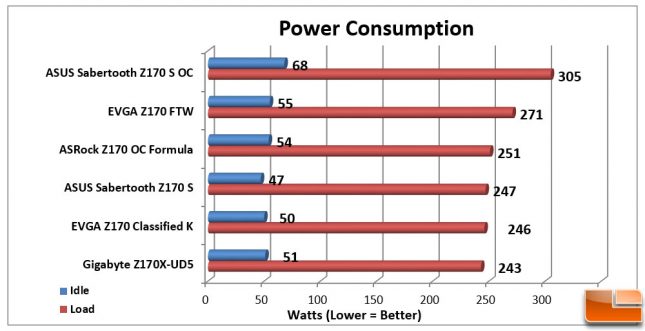 While idle, the Sabertooth Z170 S was pulling the least amount of power at 47W; which provided a 17% power savings over the highest non-overclocked score.  Once we put the system under a heavy load, the maximum it pulled was 247W, placing it right in the middle of the five motherboards tested, pulling in close to 10% less power usage than the highest power rating.  Of course overclocking the system we expect to see the power usage increase, here we saw the idle power usage go from 47W to 68W, a 44.5% increase in power usage!  During the overclocked load tests, we saw a high reading of 305W, an increase of 58W or 23.4%. 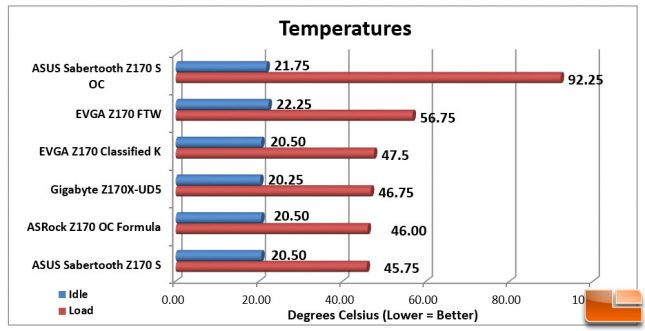 At idle, the ASUS Sabertooth Z170 S was as cool as we have come to expect.  Under a load we saw it begin to heat up, reaching 45.75C.  Once overclocked, we saw the temperatures jump dramatically, reaching a high temperature of 92.25C, putting it dangerously high, but no thermal events were experienced.