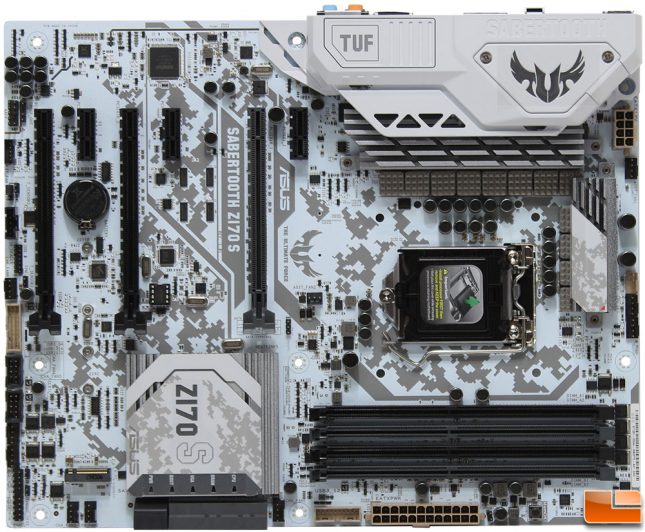 When taking a look at the ASUS Sabertooth Z170 S, one thing immediately stands out; the all white PCB with Arctic-Camouflage.  Aestetically, the motherboard is much better looking than I originally imagined.  However, aestetics are a small portion of what enthusiasts look for in a motherboard, we are typically focused more on performance, quality and features.  ASUS hasn’t cut any corners with the Sabertooth Z170 S.

If you are familiar with motherboards, the rear I/O port cluster shouldn’t pose any big surprises.  Starting with the first cluster on the left, we find four USB 2.0 ports, with a fifth solo one right next them.  This solo USB port is the TUF Detective port, which is an ASUS utility to allow you to remotely manage and control the computer using an Android device.  Next we find the BIOS Flashback button, used to flash the BIOS using a USB flash drive connected to a specific USB port.  Video out options on the motherboard are provided by DisplayPort 1.2 and HDMI1.4.  The two blue USB connections are SuperSpeed USB 3.0, the bottom port is the Flashback port, plug in a USB flash drive with the BIOS files on it, and it’ll be accessed here.  Next is the Intel i215V Gigabit Ethernet port featuring ASUS TUF LANGuard to increase throughput and help protect your system from power surges over Ethernet, a USB 3.1 and a USB 3.1 Type-C.  Finally, we have a standard 8-channel audio cluster, that includes one optical out port.

Taking a close look at the rear I/O cluster, we see that there is a large amount of “dead” space above the TUF Detective port and the BIOS Flashback button.  This is to add an optional 40mm exhaust fan to assist the cooling system. 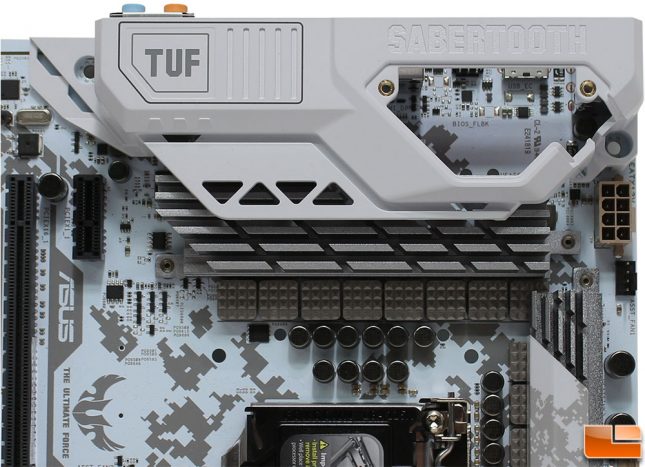 Adding the optional 40mm fan is done by removing a cover on the I/O cover, attaching the fan to the cover and routing the power cable to the Asst_Fan1 header next to the 8-pin AUX power connector.  ASUS has used military grade 10K Ti-Caps designed with a +/- 20% temperature tolerance, and a 5x longer lifespan.  The TUF Alloy Chokes are designed to be 13.6% cooler than standard Chokes, with a really cool and unique look these TUF Alloy Chokes add to the military feel of the Sabertooth Z170 S! 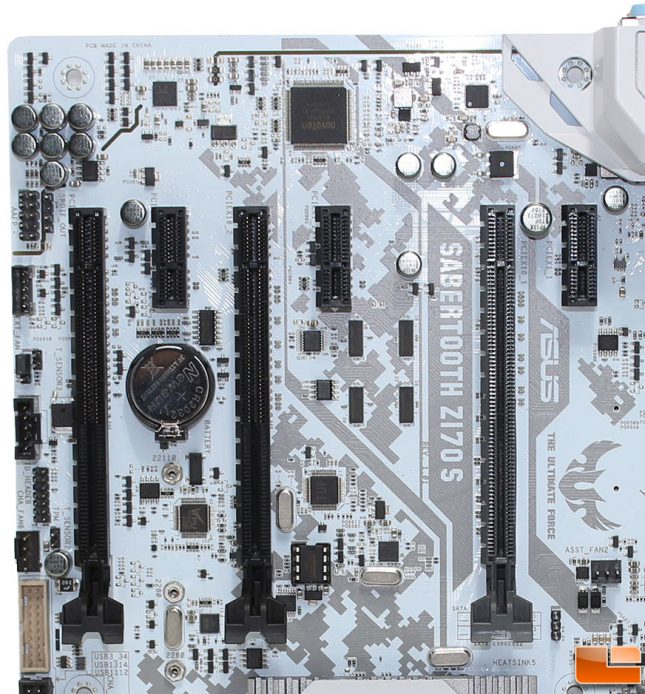 For PCI Express slots, ASUS has included a total of 6 slots, 3x PCIe x1 slots and 3x PCIe x16 slots.  If you are running a single dedicated GPU, you’ll want to put it into the first PCIe x16 slot, as it’ll run at the full speed.  If you happen to run in SLI or CrossFireX, PCIe x16 slots 1 & 2 will downgrade to x8 speeds.  ASUS has done a nice job at making sure any backplate you have on your GPU doesn’t run into the I/O cover by placing the first PCIe x1 slot between the PCIe x16 and the I/O cover.  To the right of the 2nd PCIe x16 slot, is the ASUS TUF ICe processor, which monitors onboard temperature sensors and fan speeds. 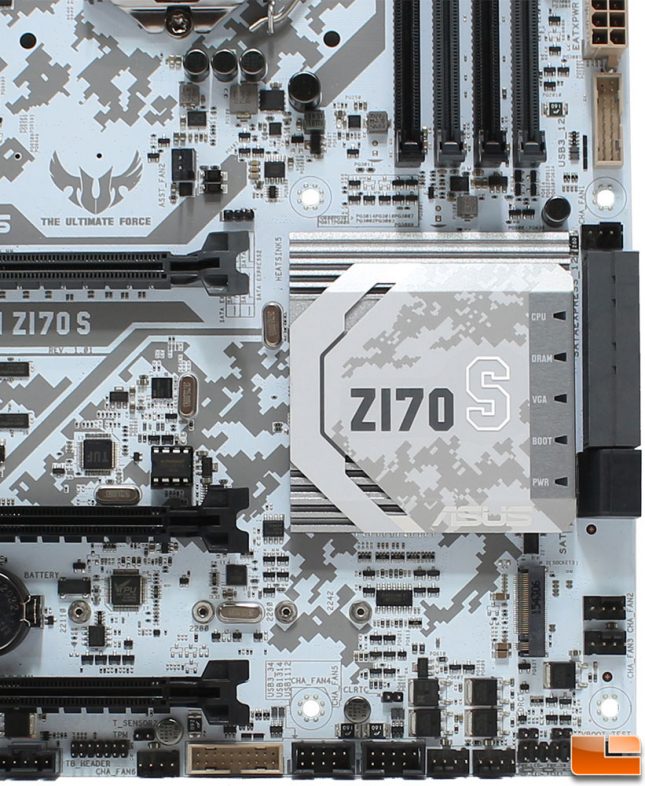 When taking a quick look over the ASUS Sabertooth Z170 S a few features stood out.  First, the Z170 chipset heatsink is rather large, this is because ASUS has integrated POST LEDs into the heatsink cover.  We have seen these POST LEDs before so they aren’t a “new” feature, this is just a different way to make them extremely visible to the user.  Next, ASUS included 2 SuperSpeed USB 3.0 ports, one near the 24-pin ATX power connector, and one along the bottom edge, both of these stand out as they are tan instead of black like most of the other ports.  Finally, beneath the Z170 chipset heatsink is the M.2 M-Key port which shares bandwidth with SATA_Express_1, it supports 2242/2260/2280/22110 (up to 110mm) M.2 SSDs, with a maximum speed of 32Gb/s. 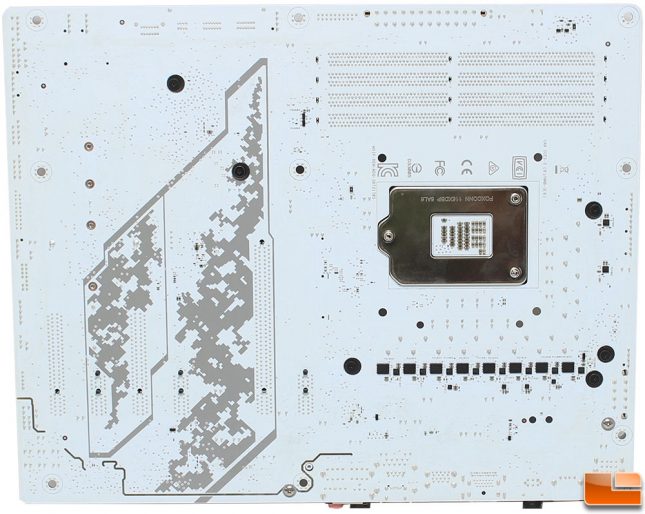