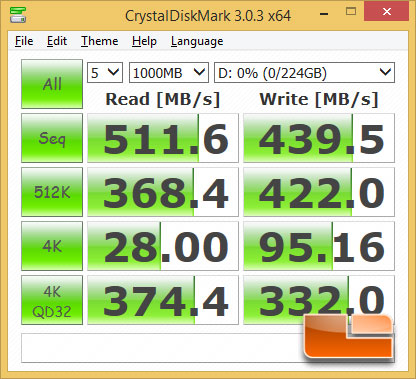 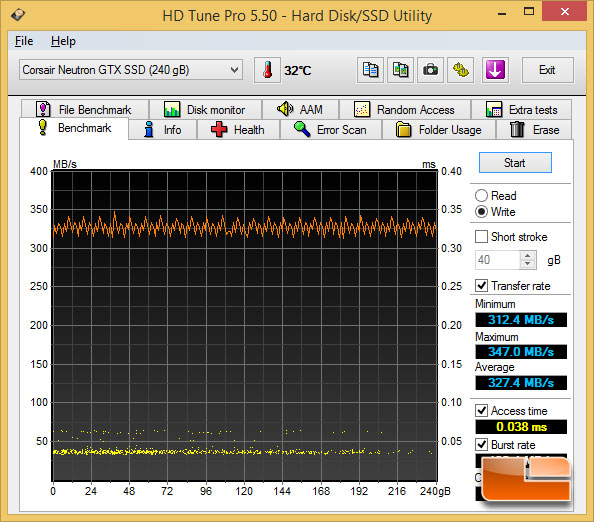 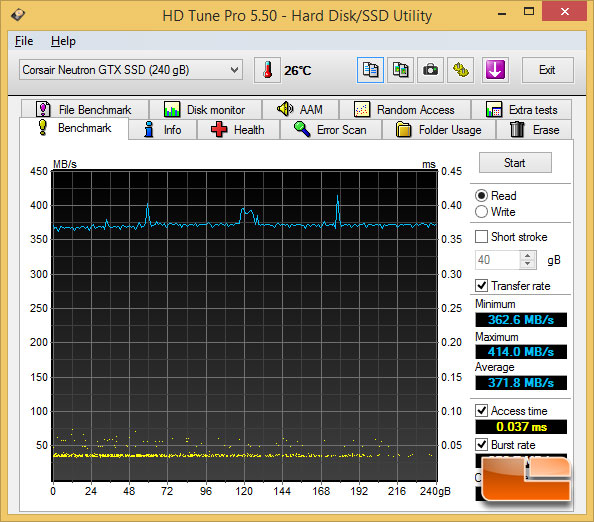 Benchmark Results: The ASUS Rampage V Extreme had an average read of 371.8MB/s and an average write of 327.4MB/s.