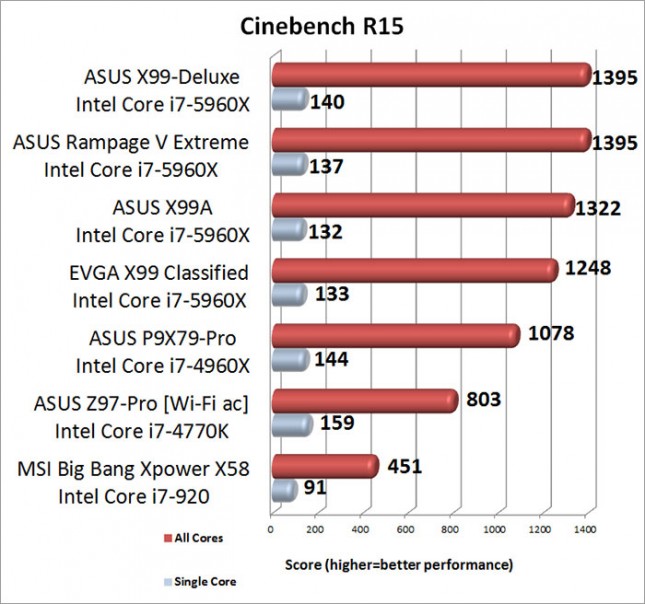 Benchmark Results: During the Cinebench R15 benchmark, the ASUS Rampage V Extreme was able to hit 1395 points while running the all cores version of the benchmark. The single core benchmark fell to 137, just a touch behind the leading board that scored 140.