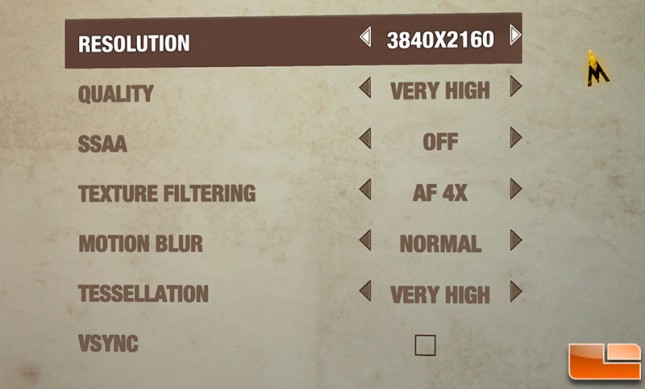 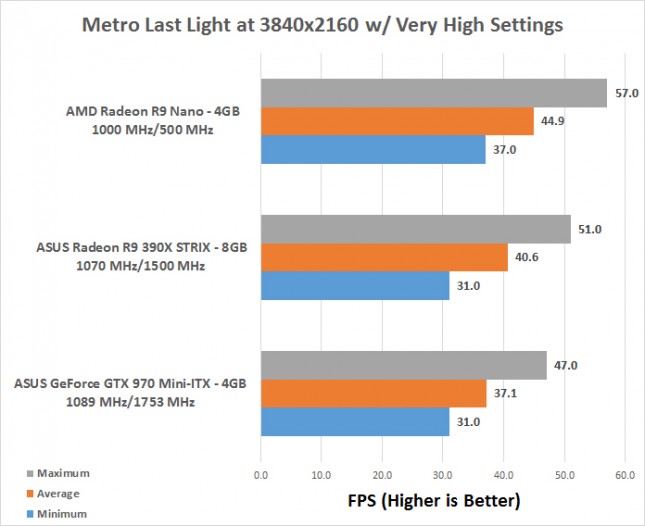 Benchmark Results: In Metro: Last Light the ASUS Radeon R9 390X STRIX was slightly faster than the GeForce GTX 970 and slower than the AMD Radeon R9 Nano. In fact, it split the performance difference between those two cards rather nicely. 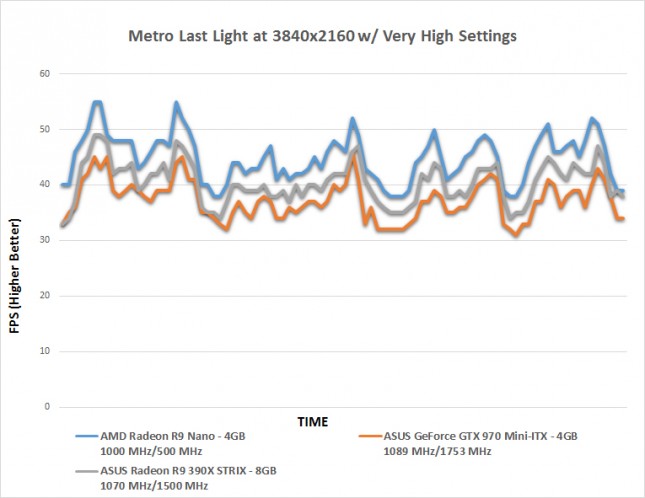 Benchmark Results: Here is a look at our manual FRAPS benchmark over its entirety!