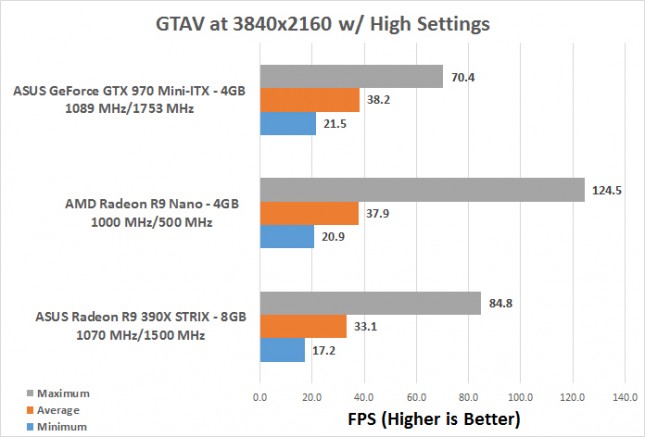 Benchmark Results: In GTA V we ran the games built-in benchmark three times, averaged the numbers and got some pretty interesting results. The ASUS GeForce GTX 970 Mini-ITX video card took the lead here and the ASUS Radeon R9 390X STRIX came in the slowest of the three with these game settings that use about 3.6GB of frame buffer.