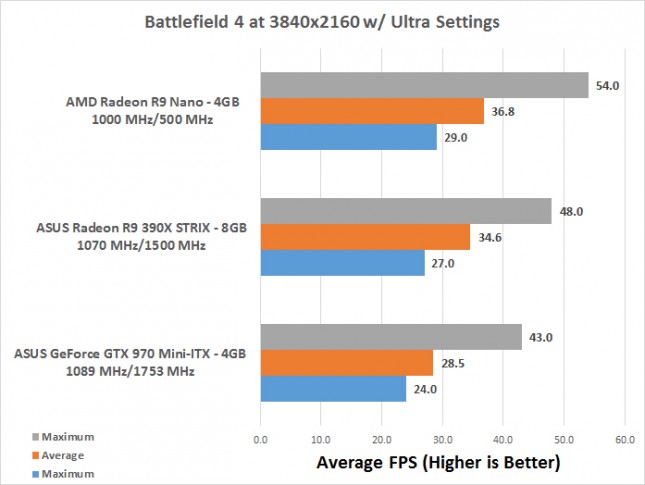 Benchmark Results: At 4K Ultra HD settings found that the ASUS Radeon R9 390X STRIX was just a tad slower than the AMD Radeon R9 Nano, but not by too much. The ASUS Radeon R9 390X STRIX was able to play BF4 and averaged just shy of 35 FPS on our benchmark run. When we played the game for about an hour we saw the frame rate dip down to 20 FPS in a couple really tough spots in the game, but had an enjoyable gaming experience. 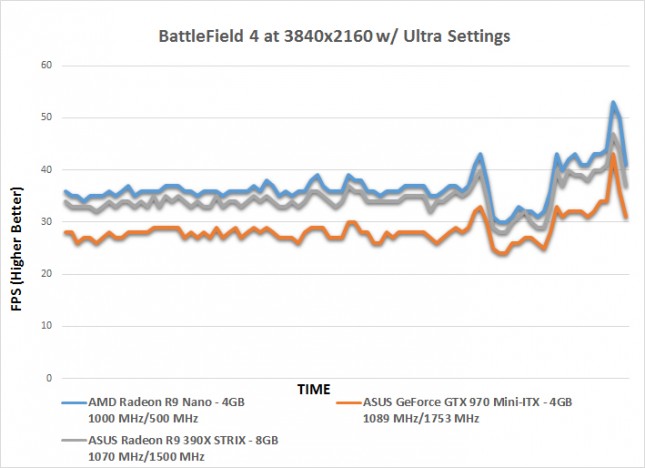 Benchmark Results: Here is a look at the performance over time you can really see how close the AMD Radeon R9 390X and AMD Radeon R9 Nano are!