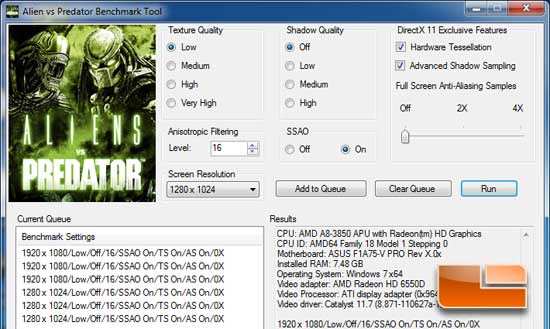 When we run the Aliens Vs. Predator benchmark on the APU Graphics we leave the Texture quality and Shadow quality at low and leave the Anti-Aliasing off for both 1920×1200 and 1280×1024. 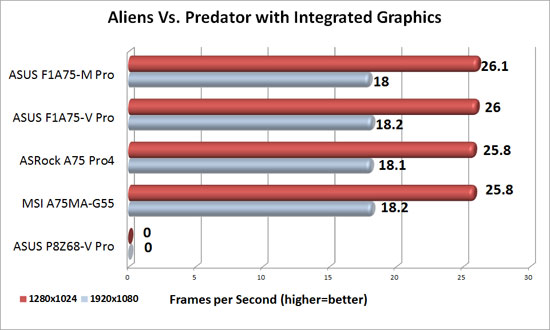 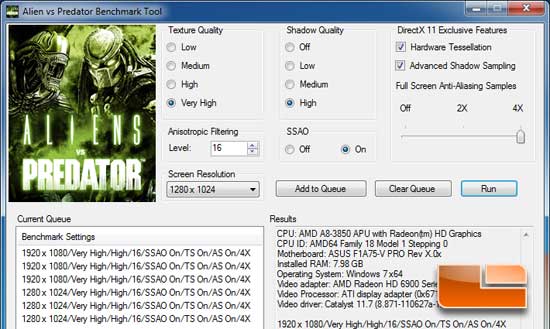 Running the benchmark on the XFX Radeon HD 6950 we cranked up all the image quality settings in the benchmark to the highest level possible, so we were running 4x AA and 16x AF with SSAO enabled at both 1920×1200 and 1280×1024. 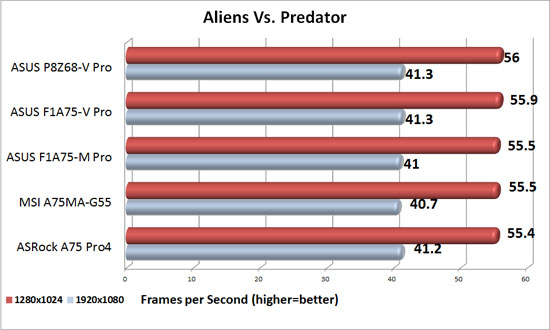