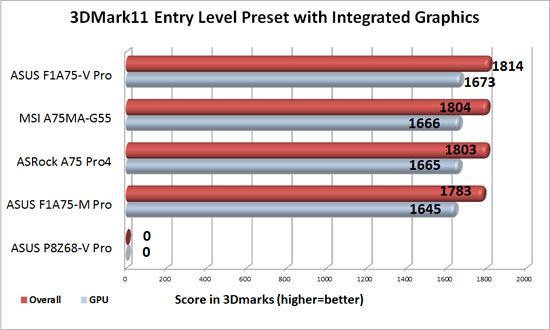 Benchmark Results: Running FutureMark 3DMark 11 off of the integrated Radeon HD 6550D we were able to hit an overall score of 1814 3DMarks and a graphics score of 1673 3DMarks. Each of these scores is higher than what we have seen on our previous boards, albeit a small margin. 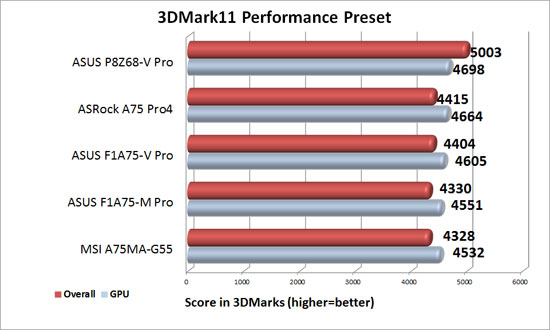 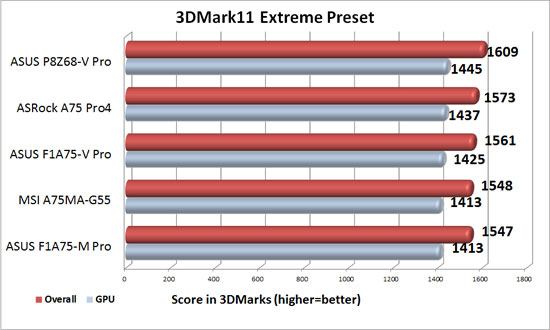 Benchmark Results: Firing up the XFX Radeon HD 6950, the ASUS F1A75-V Pro was able to hit 4404 3DMarks in the 3DMark 11 performance preset and 1561 3DMarks in the Extreme preset. These scores put it just behind the ASRock A75 Pro4 which holds the top spot for the AMD A75 boards.