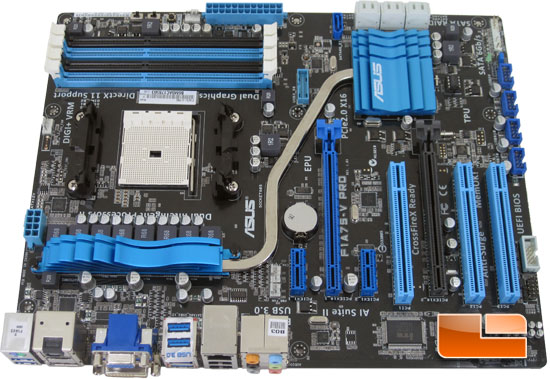 Each of the boards has a different feature set as well as different price points. If the ASUS F1A75-V Pro doesn’t fit what your looking for, you can be sure that ASUS has you covered with one that will. Taking a look at the ASUS F1A75-V EVO, the difference lies in the expansion slots. The EVO has three PCIe X16 slots (x16/0, x8/x8, x4) compared to the pair of PCIe x16 (x16, x4) on the F1A75-V Pro. The F1A75-V EVO retails for $132.98 after rebate and shipping. Is the extra ~$23.00 worth and extra PCIe x16 slot? Only your needs will determine that. I suppose it all comes back to what your personal needs are going to require.

The ASUS F1A75-V Pro was extremely easy to overclock with. With just a few small changes in the ASUS UEFI BIOS we were able push the AMD A8-3850 further than we have been previously able to! 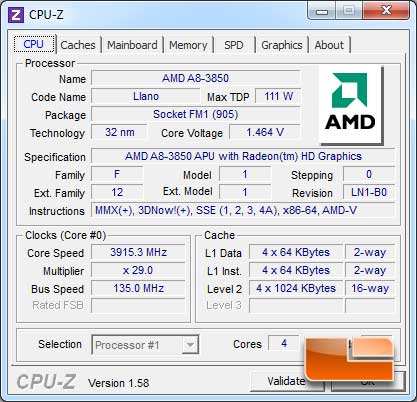 Back in August we were able to get a handful of AMD A8-3850 APU’s to cherry pick a solid overclocking APU. During our little in house experiment, we found the APU that we are using today was able to hit 132MHz baseclock. Combining this baseclock with the x29 multiplier brought the A8-3850 to 3828MHz. Using the ASUS F1A75-V Pro, we were able to hit a baseclock of 135Mhz and a final clock frequency of 3.915GHz. This is a gain of more than 1GHz and enough to make us happy with the overclocking capabilities of the ASUS F1A75-V Pro!

Whenever you’re looking at motherboards, a couple of items always play a part in the final decision. First and foremost is the features of the board. We have gone over that several times today, and by now you know if the ASUS F1A75-V Pro is the right fit for you. The second portion of the decision making process comes down to price. At only $109.99 after mail in rebate you’re getting a motherboard for a system that gave our Intel “Sandy Bridge” system a solid run today, so that’s covered. The final piece of the puzzle is warranty. ASUS once again has us covered with a three year warranty on the ASUS F1A75-V Pro. It is always nice to have some peace of mind with your purchase!

Legit Bottom Line: Although the ASUS F1A75-V Pro is on the higher end of the price spectrum,it proved that it has what it takes to carry the ASUS name. Great performance, great overclocking capability, and great features make the ASUS F1A75-V Pro a board that should be on the top of any short list!