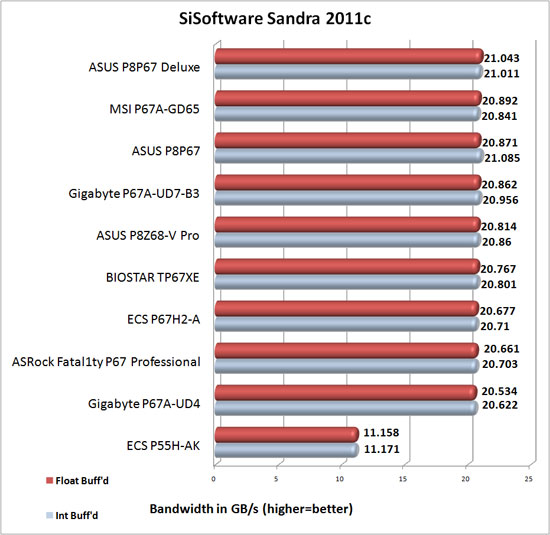 Benchmark Results: The memory bandwidth performance differences that we are seeing between the various Intel P67 motherboards is virtually non-existent. That being said, the ASRock Fatal1ty Professional motherboard was at the bottom end of the Intel P67 stack of motherboards. To be fair though, the difference was only .382GB/s or ~1.8% behind the top board.