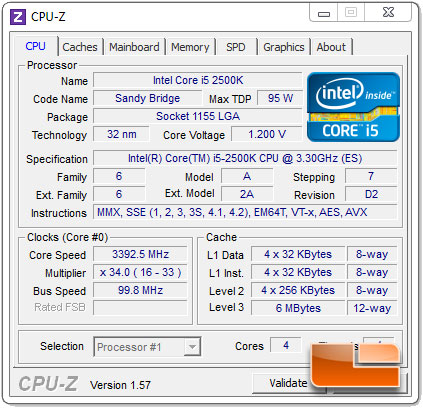 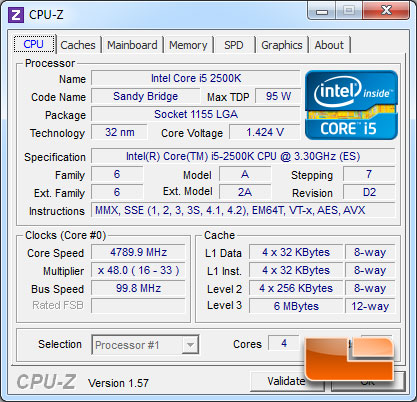 The ASRock Fatal1ty Professional P67 motherboard has a few different overclock settings already built into the system BIOS. It is the first option that we say on the system UEFI BIOS page on the OC Tweaker page within the BIOS, Load Optimized CPU Setting. The first settings will bring your CPU to 4.0GHz, that would be a 700MHz boost to an already fast Intel Core i5 2500K. Though fast as 4.0GHz would be, it’s just not enough. The available settings jump in 200MHz increments, starting at 4000MHz and climb all the way up to 4800MHz. I went through each setting and finally ended up at the last one which brought our Intel Core i5 2500K to 4.8GHz! 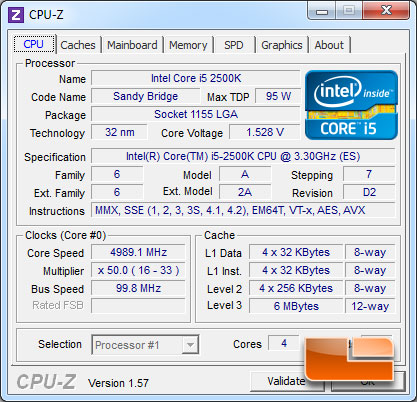