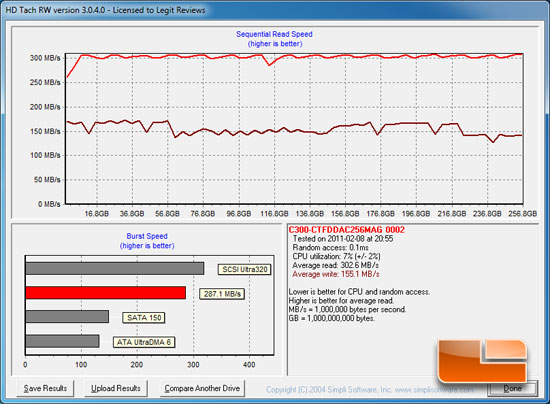 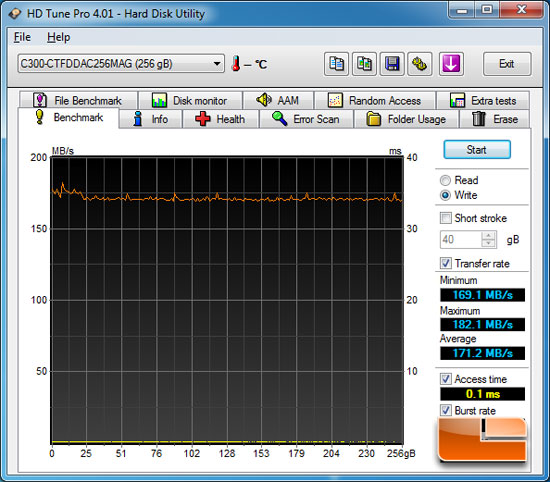 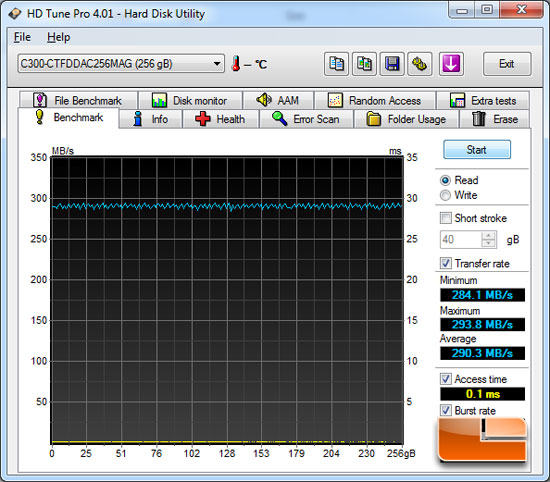 Benchmark Results: Coming off of a great performance in HD Tach, we were hoping for the same in HD Tune. We weren’t disappointed. The ASRock Fatal1ty Professional P67 motherboard was able to average 317.1MB/s in the read tests which is less than 2MB/s behind the top performing GIGABYTE P67A-UD7. The Averege Write speeds were sitting pretty at 220.37MB/s which is only .43MB/s behind the GIGABYTE P67A-UD4.