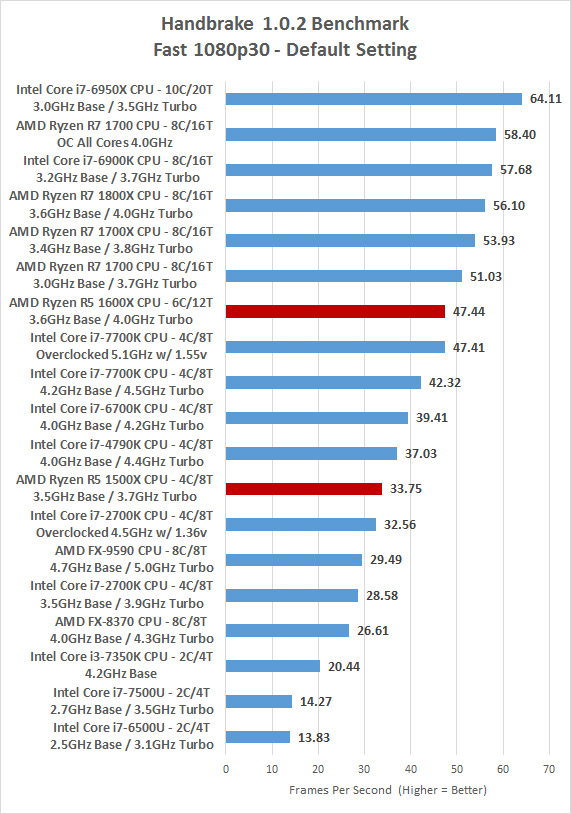 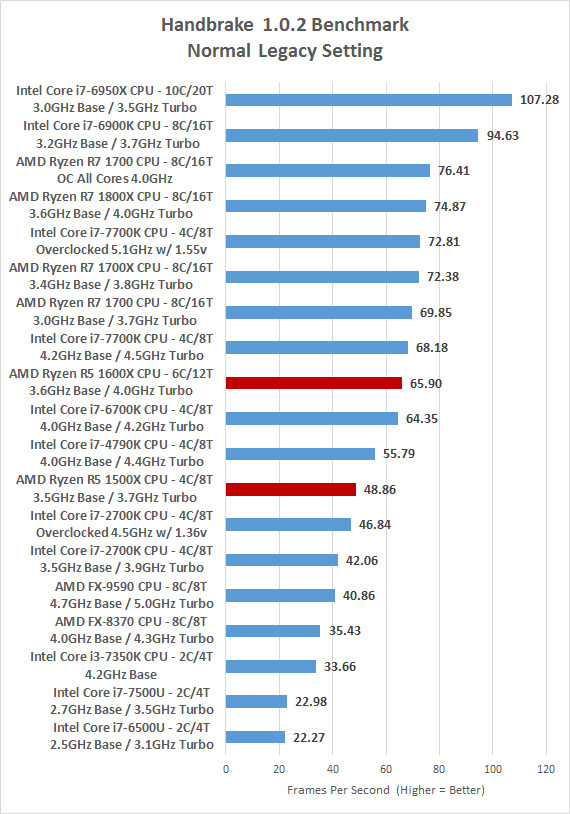 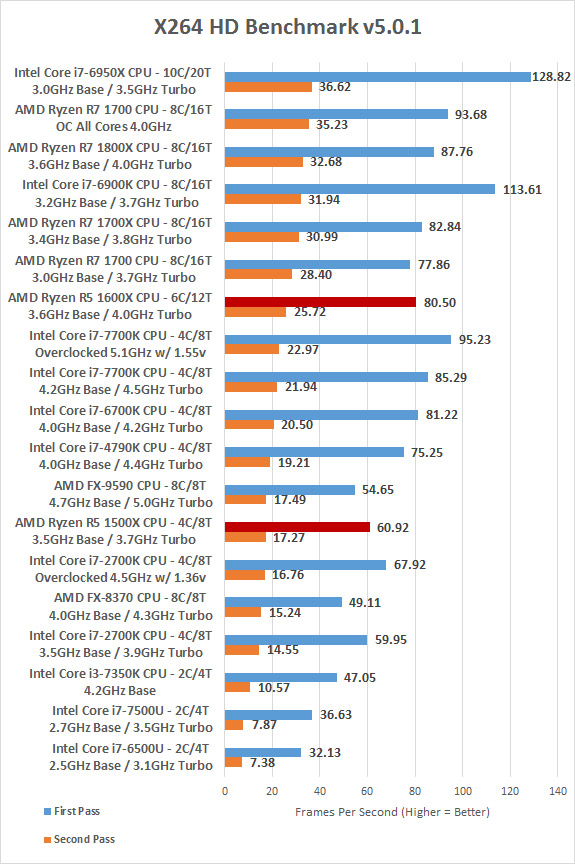 Media Encoding Benchmark Results Summary: The AMD Ryzen 5 1600X is a beast as it has better second pass performance than the Intel Core i7-7700K processor overclocked up to 5.1 GHz in the x264 benchmark and is pretty close to a stock 7700k in Handbrake! 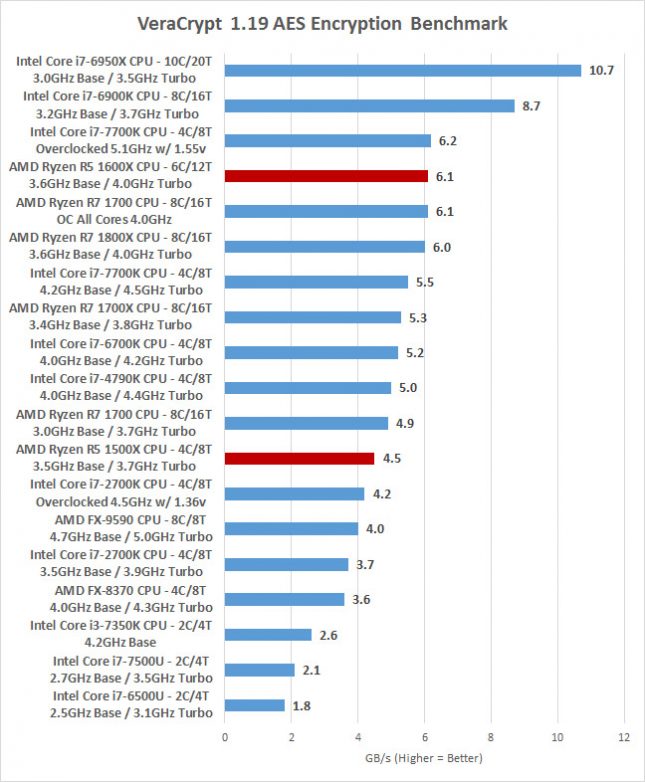 Encryption Benchmark Results Summary: If encryption is something you do, you’ll find having more cores and threads to be very beneficial as you can see from the results above. The AMD Ryzen 5 1600X has a higher score than we expected, but our test results were strange. We ended up averaging 15 runs on the Ryzen 5 series processors as the scores varied drastically between runs as we were seeing between 4.3 to 7.1 GB/s on the runs we did. We asked AMD about the strange results and they said it was due to the fact that we were running in Windows balanced mode.