We used AIDA64 to look at temperatures on the Ryzen 5 1600X and Ryzen 5 1500X processors and came up with some pretty interesting results. 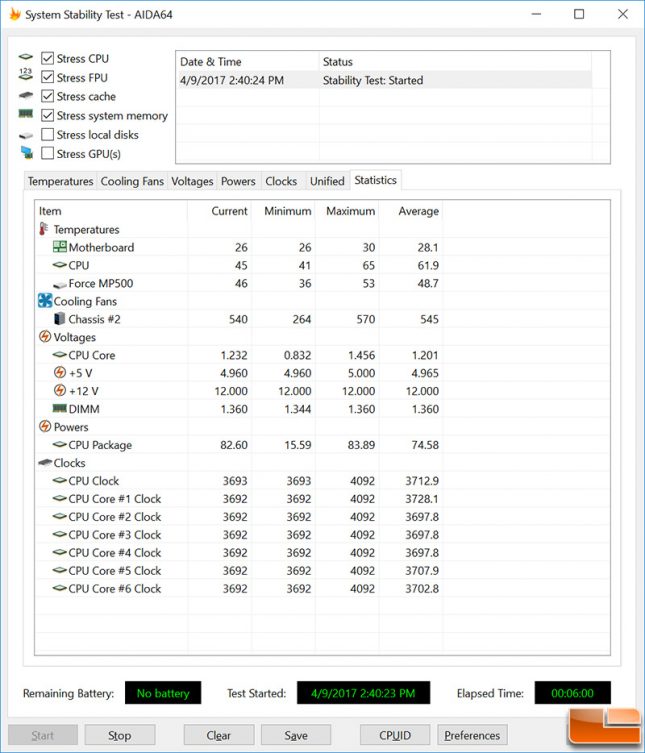 With the Corsair Hydro water cooler we were getting idle temps of around 41C and load temps of 65C on a 6 minute long AIDA64 stability test on the Ryzen 5 1600X processor. 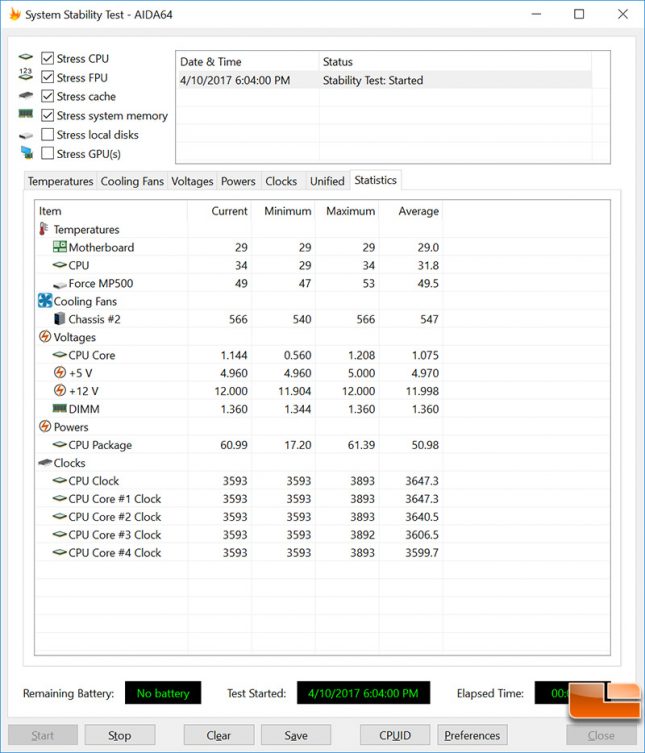 Then on the AMD Ryzen 1500X we were getting 29C idle temps and 34C load temperatures, so something appears to be off on the Ryzen 1500X with the latest build of AIDA64 (v5.90) as there was basically no increase in CPU temperature with the CPU sitting at 100% load for over five minutes.