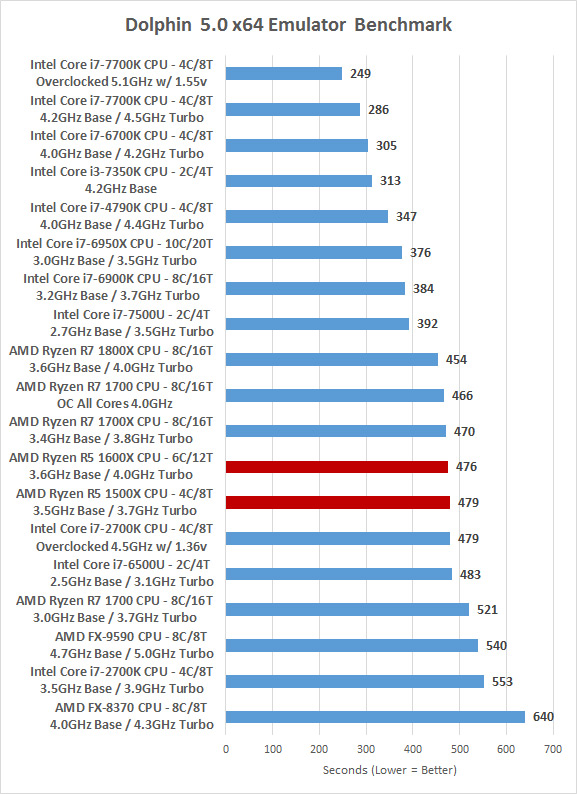 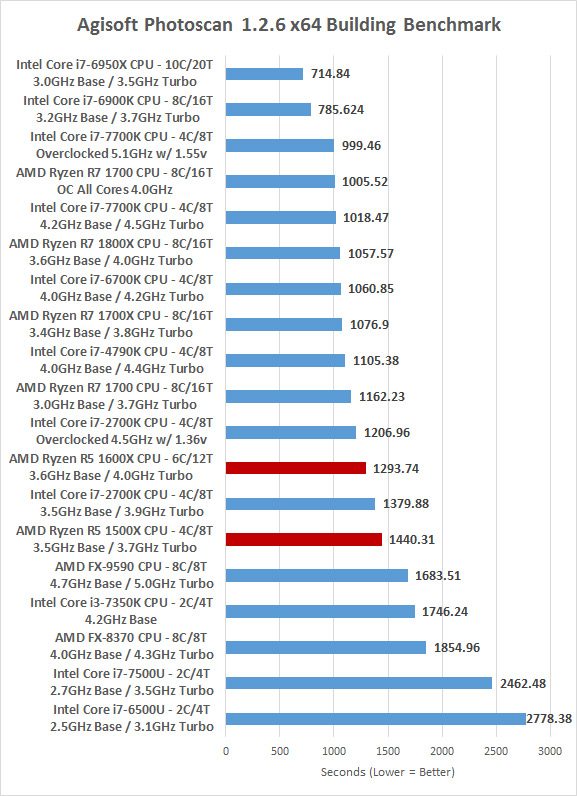 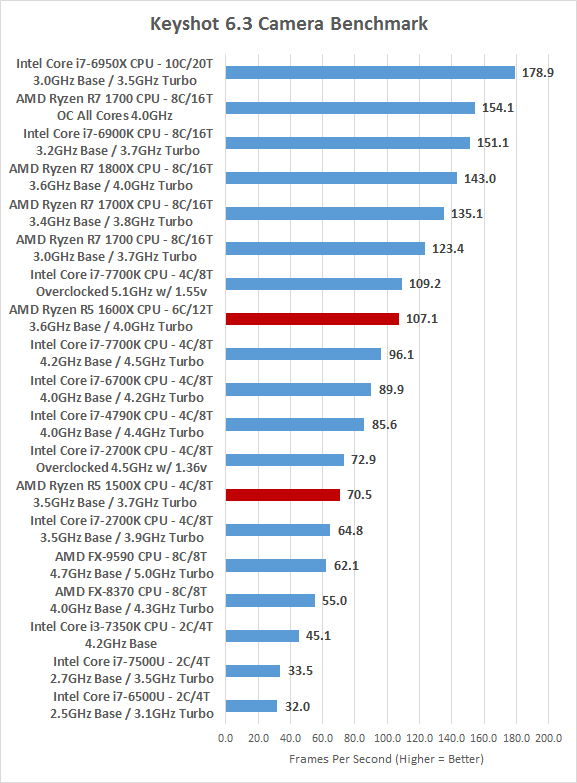 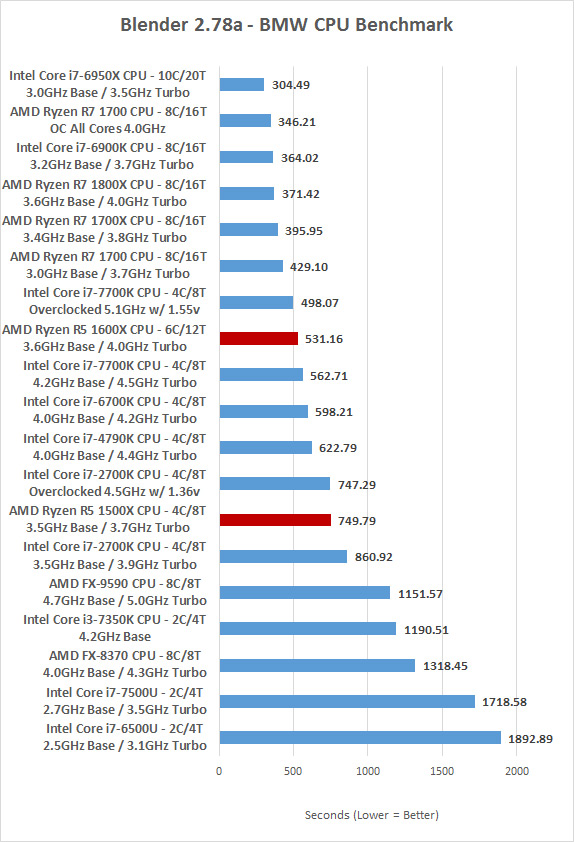 Real World Benchmark Results Summary: When it comes to our ‘real world’ benchmark tests we found the AMD Ryzen 7 1600X 6-core processor does really well in applications that use more than 4-cores as you can see in most of the charts. The quad-core AMD Ryzen 5 1500X performs okay for a quad-core processor, but you can see in benefits from having more than four cores is clear in the multi-threaded tests.

Our Dolphin emulation benchmark doesn’t use more than 4-cores, so you can see how clock speed and CPU architecture plays more of a roll in that benchmark. AMD also informed us just yesterday that Dolphin uses an Intel compiler, so they clearly don’t like the fact that we are using it as it hasn’t been ‘tuned’ or optimized for AMD processors. We still kept it up as it shows real world performance as not all applications are going to be AMD optimized when roughly 90% of the desktop market is running Intel.