Most AMD Ryzen 7 processors that are good overclockers can reach just over 4GHz with a good CPU cooler, so we wanted to reach at least this high on the Ryzen 5 processor series. It is well known that AMD didn’t leave much headroom in the Ryzen processor series as they were trying to get all the clock speed they could get to be competitive with Intel. 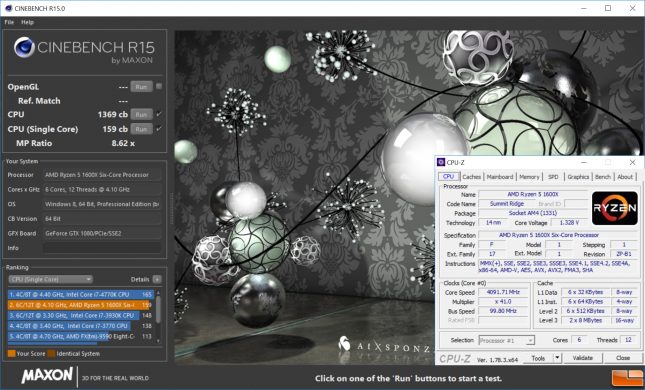 We were able to the the AMD Ryzen 5 1600X processor stable at 4.1GHz by simply increasing the multiplier and leaving the voltage setting on our motherboard on ‘auto’ settings. The result was a our Cinebench R15 score went from 1243 to 1369, which is a 10% performance improvement! 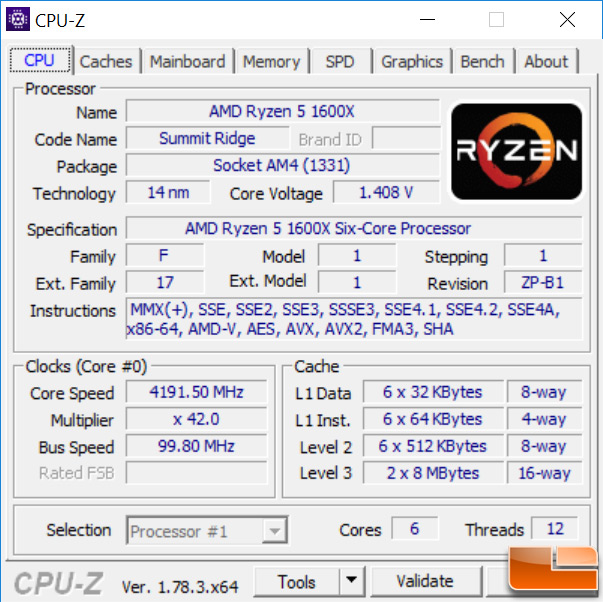 By increasing the CPU voltage up to 1.425V from the ‘auto’ setting on our board we managed to get up to 4.2GHz on all cores on the Ryzen 5 1600X, but it was not stable in all benchmarks. 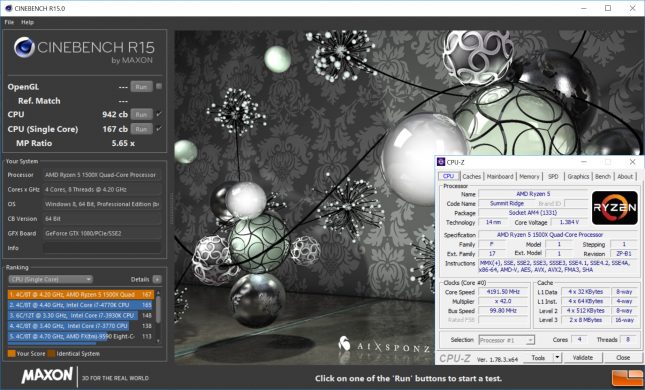 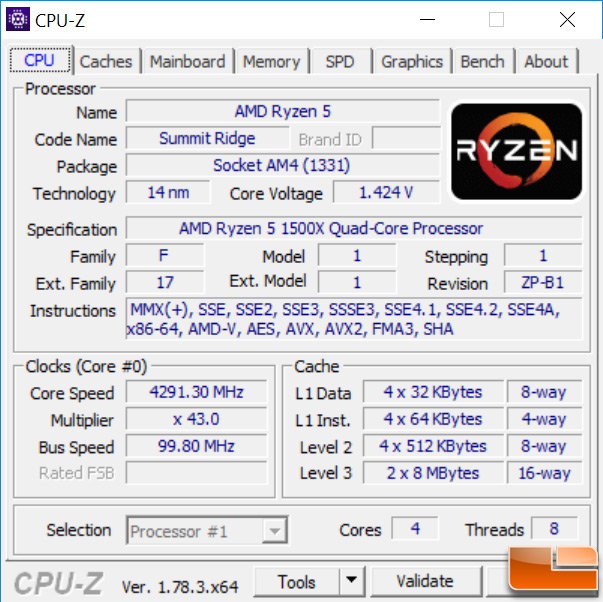 It you want to go crazy with the voltage and push it up to 1.425V you can get the AMD Ryzen 5 1500X processor running at 4.3GHz in Windows 10 and run some benchmarks, but our sample wasn’t fully stable at this speed.

The good news is we were able to get 10-15% by overclocking and that is a solid performance gain that we are happy with!