The AMD Ryzen 5 processor launch is very similar feel to the Ryzen 7 launch as the multi-threaded performance of the AMD Ryzen 5 1600X and 1500X were most impressive. Single threaded workloads or very lightly threaded workloads still run better on Intel hardware, but AMD has really closed the performance gap and is giving Intel some much needed competition. If you are worried about media encoding performance or really intensive multitasking situations the AMD Ryzen 5 and Ryzen 7 processors are hard to beat for the price. The AMD Ryzen 7 1600X is a 6-core processor, 12-thread processor that we were able to overclock up to 4.1GHz that costs under $250. The 1080P gaming performance results on Ryzen 5 are acceptable and for a $249 processor we really do feel like AMD has a good value play with that processor. 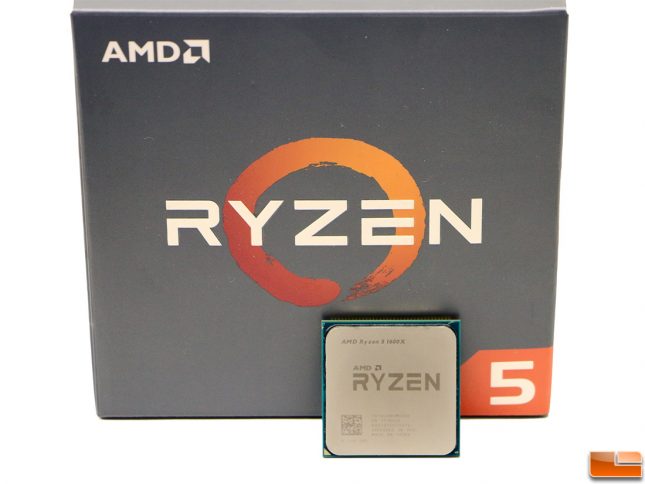 The AMD Ryzen 5 1500X at $189 was a nice processor too and we were really impressed when we were able to get it onto the desktop with it overclocked up to 4.3GHz. The only downside to that processor is that it only has 4-cores and for an extra $30 you can get a 6-core processor like the Ryzen 5 1600. We didn’t get the AMD Ryzen 5 1600 processor to review, but if you plan on overclocking that might be the best processor of the bunch. A 6-core processor for $219 sounds pretty inticing and you can pair that with an inexpensive AMD B350 motherboard like the Gigabyte GA-AB350-Gaming for $100 shipped, so for $320 you can have a brand new motherboard and a 6-core processor along with a HSF. Not bad when you factor in the AMD AM4 platform also offers newer features like M.2 PCIe NVMe slots, USB 3.1 Gen 2 and LED lighting. You can get even less expensive AMD B350 boards and get out the door with a Ryzen 5 1600 for under $300 if you were on a really tight budget.

If you are holding onto a really old system and are looking to upgrade the AMD Ryzen 5 might be just what the doctor ordered.

Legit Bottom Line: The AMD Ryzen 5 series is here and it makes 6-core processors affordable for the masses!