We’ve been running the new 3rd Generation AMD Ryzen 3 processors for a number of weeks now and they still manage to impress us. The focus of this article was to look at 1080P gaming performance on a decent number of game titles. Right around 3.8 million people play the 10 game titles that we used for this article, so hopefully one of the game titles that we benchmarked is on a game that you have played. The goal here is to run benchmarks that actually mean something to the gaming community! 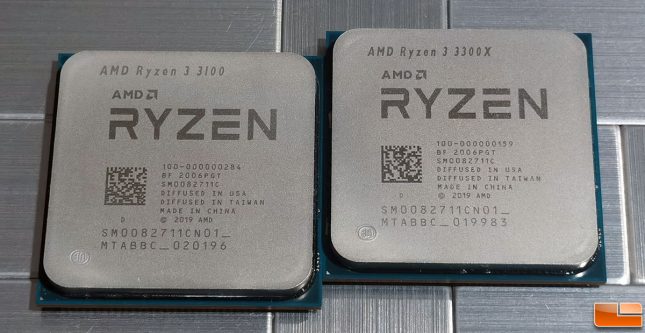 The fact that both the AMD Ryzen 3 3100 and Ryzen 3 3300X managed to deliver a good gaming experience is a great sign for gamers on a budget. Both processors when paired with a capable discrete graphics card will be make for a good affordable gaming PC. The AMD Ryzen 3 3300X is unequivocally a better chip for gamers though and seems to be worth the extra $20 in our opinion. Do you agree? 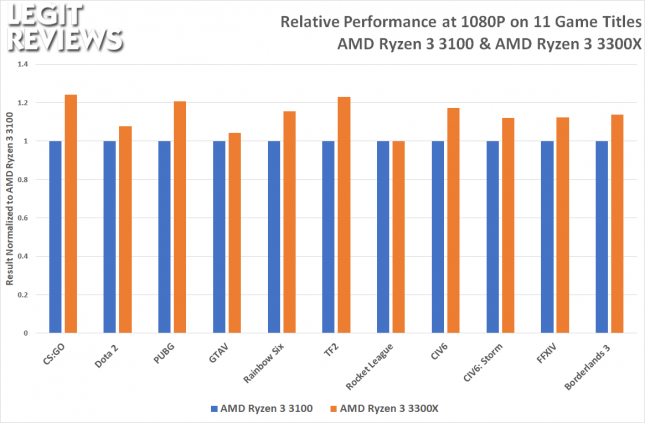 The AMD Ryzen 3 3300X ended up being 14% faster than the AMD Ryzen 3 3100 in the 11 game benchmarks that were completed at 1080P. If you remove the tie found in Rocket League that percentage increases up to 15%. Three big name game titles saw over a 20% performance increase!

If you are looking to build a good gaming desktop on a tight budget the AMD Ryzen 3 3300X still seems like the best long term choice as it does perform better. Both processors are amazing for their price point and play current game titles with ease. That said, we should see more game titles being heavily threaded now that the Xbox Series X and PS5 will be using AMD Zen 2 based processors that have 8-cores and 16-threads. Game developers will eventually begin to make use of all those threads and some of those game titles will transition over to the PC market. The good news is that will likely take a long time for these quad-core Ryzen 3 processors with 8-threads to feel dated with regards to gaming.

That said, both the AMD Ryzen 3 3100 and Ryzen 3 3300X are capable of delivering smooth gaming performance without breaking the bank. Budget gaming PCs will never be the same!