CS:GO is a multiplayer first-person shooter video game developed by Valve and Hidden Path Entertainment. It is the fourth game in the Counter-Strike series and was released for Windows in  August 2012.  In December 2018, Valve transitioned the game to a free-to-play model, focusing on revenue from cosmetic items. As of May 2020, over 1 million people each and every day still play CS:GO and it is the most played game on Steam. 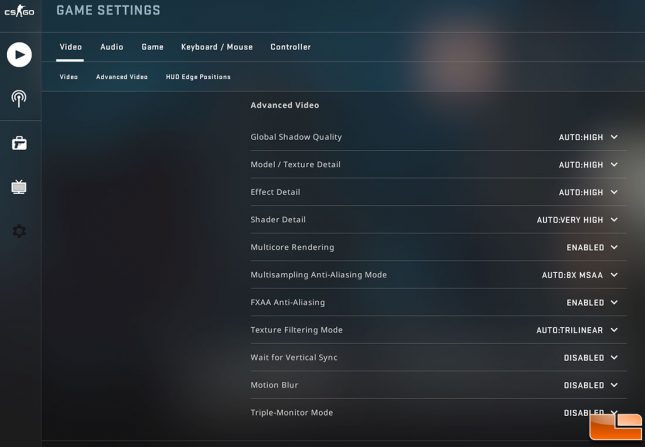 We tested this game title with high image quality settings at 1080P. 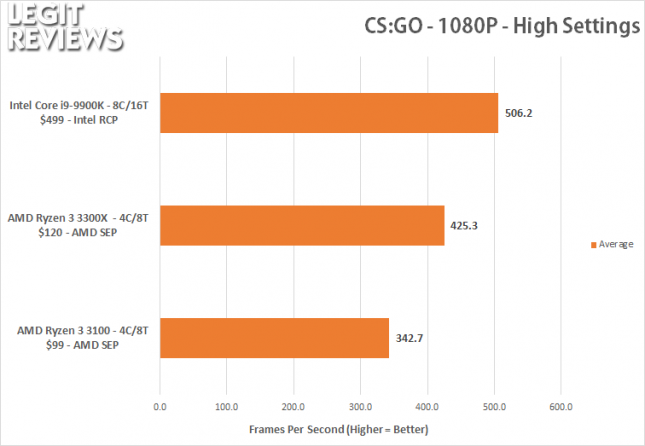 CS:GO easily plays on both of these Ryzen 3 processors as you can see from the average frame rate on the map De_Dust2. The AMD Ryzen 3 3300X delivers about 24% more performance than the Ryzen 3 3100. It costs 20% more, so based on the first game title we are looking at the higher price of the 3300X is justified. The Intel Core i9-9900K comes in on top with a 506 FPS average, so it looks like it will easily hold the top spot in our charts. 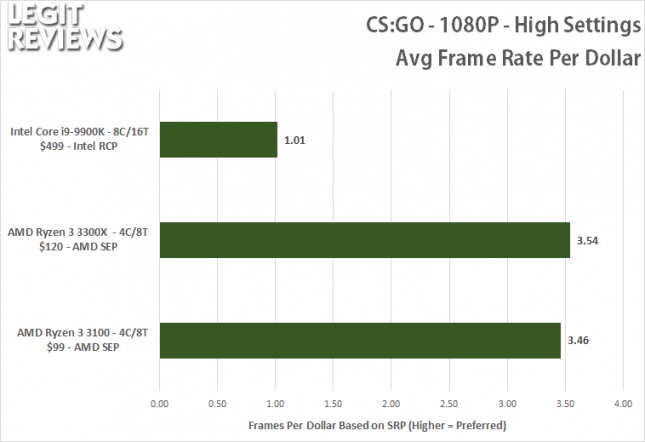 We recently exchanged Tweets with Kyle Bennett (founder of Hard|OCP) and Patrick Moorhead (Founder Moor Insights & Strategy) and they wanted to see some $/frame or frame/$ charts. So, we took the average frame rate and divided it by the suggested retail price used by each manufacturer. On the AMD Ryzen 3 3100 and Ryzen 3 3300X you are getting about 3.5 frames for every dollar spent. The Intel Core i9-9900K gets around $1. Being the best part for something usually doesn’t translate into being a bargain, but it is an interesting data point that can be shared and looked at.

Dota 2 is a multiplayer online battle arena (MOBA) video game developed and published by Valve in 2013. Dota 2 has a large esports scene, with teams from around the world playing in various professional leagues and tournaments.  As of May 2020 there are just over 800,000 people that play this game title on a daily basis. 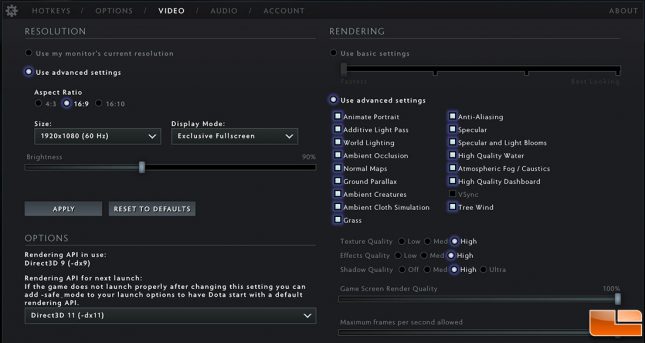 To benchmark Dota 2 at 1080P we cranked up the image quality settings to high and set the maximum number of FPS allowed to 240 FPS. 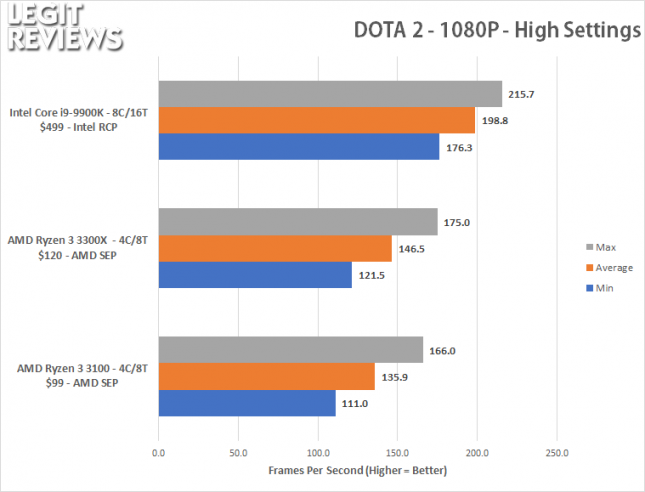 On Dota 2 we found that the Ryzen 3 3100 quad-core processor can easily play the game title smoothly without breaking the bank on the CPU side. Here the AMD Ryzen 3 3300X was found to perform 8% faster than the Ryzen 3 3100. 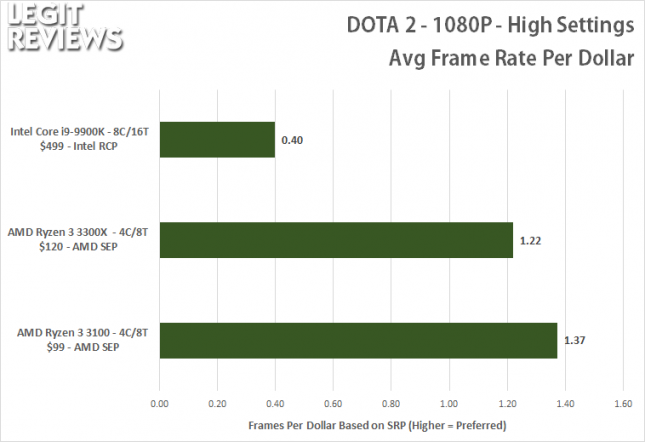 The best bang for the buck here would be the AMD Ryzen 3 3100 as it averages nearly 1.4 frames per second for each dollar spent. Please remember than ‘winning’ this chart doesn’t mean you’ll have the best gaming experience as you’ll need to have stable high rates for that buttery smooth gameplay that we all desire.