PUBG is an online multiplayer battle royale game developed and published by PUBG Corporation, a subsidiary of South Korean video game company Bluehole in 2017. The PC and console versions of the game have sold over 60 million units. As of May 2020, there are just shy of 600,000 people playing PUBG daily on the Steam platform.

To benchmark PUBG we used a game replay from a chicken dinner match that we played in squads on our sites Discord channel. We used the medium image quality preset and used FRAPS to replay the final two minutes of the match that involved a ton of smoke, molotovs and a train moving across the map while the final three teams fought in one of the smaller circles. 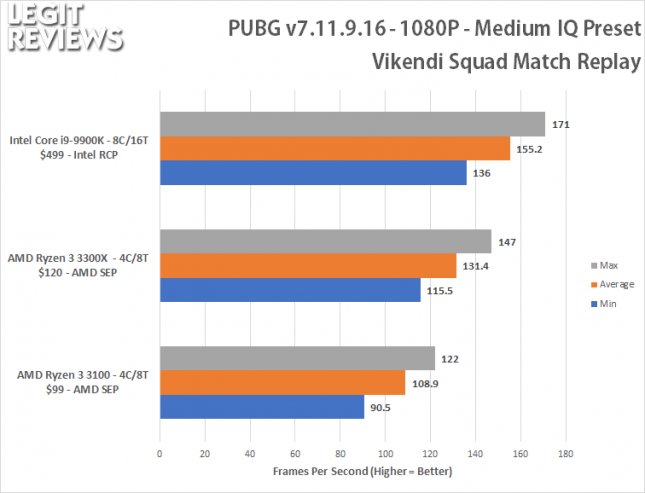 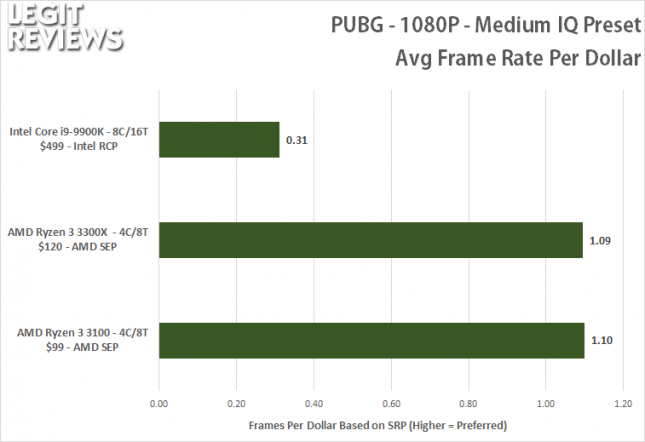 Here the AMD Ryzen 3 processors deliver about 1.1 FPS per dollar spent whereas the Intel Core i9-9900K delivers about 0.3 FPS per dollar.

Grand Theft Auto V (GTAV) is a 2013 action-adventure game developed by Rockstar North and published by Rockstar Games. The open world design lets players freely roam San Andreas’ open countryside and the fictional city of Los Santos, based on Los Angeles. Just shy of 200,000 gamers still log into Steam and play this game title as of May 2020. 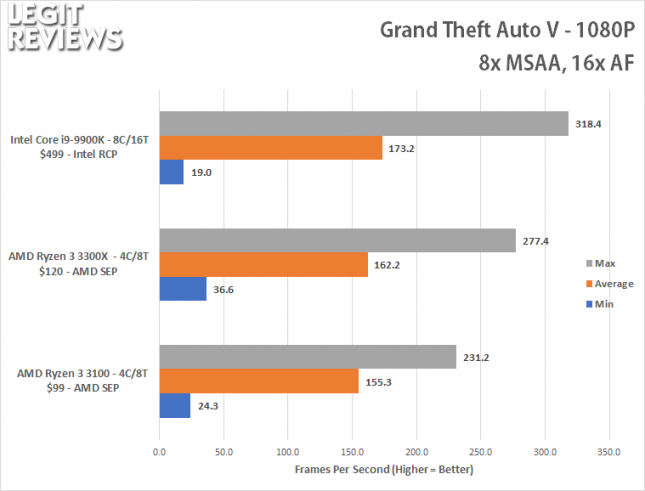 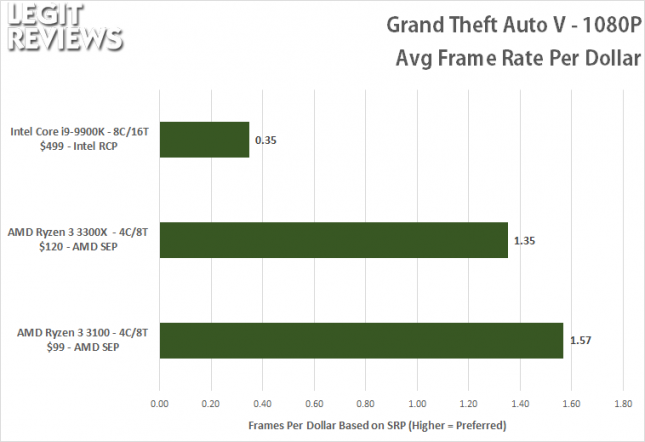