The AMD Radeon RX 6800 XT (pictured top) has a larger GPU cooler, so it will be interesting to see how the two cards perform on the temperature front. 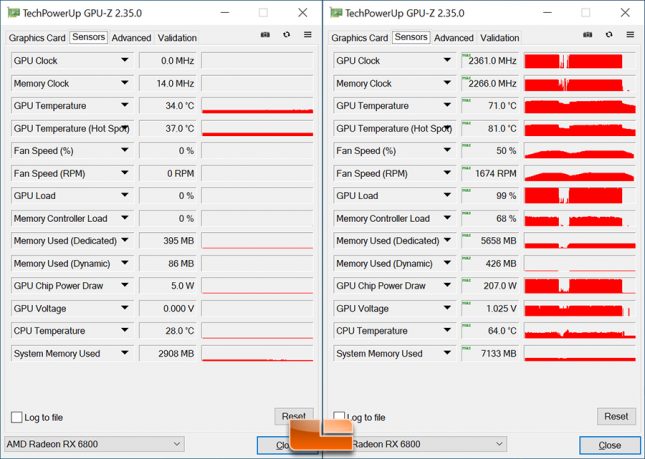 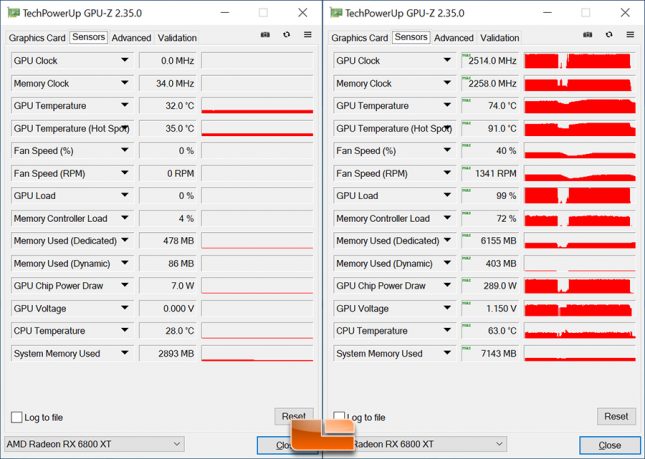 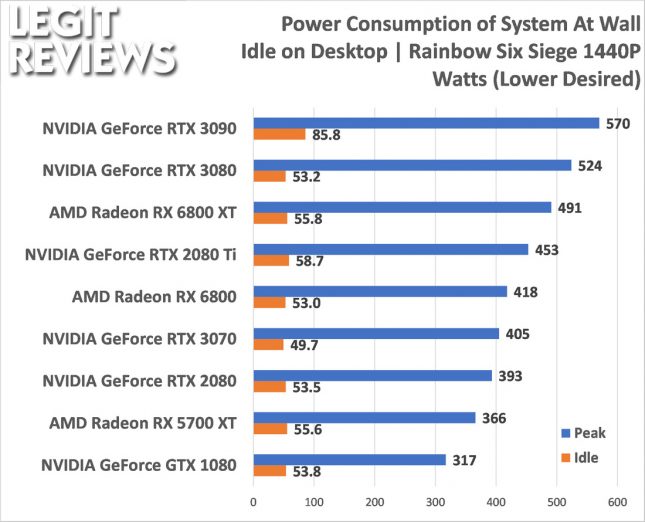 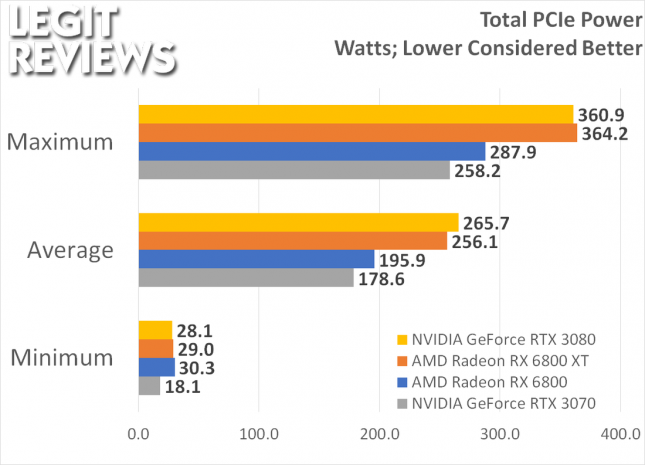 Here is a look at total PCIe Power for the the GeForce RTX 3070/3080 Founders Edition graphics cards compared to the AMD Radeon RX 6800/6800 XT. All of the cards were running at stock settings and we recorded the power on a standard run of 3DMark Time Spy. Here you can see the AMD Radeon RX 6800 XT peaks at 364.2 Watts of power and this is a measurement of just what the card itself is using and nothing else in the system. This is just about 3 Watts above the GeForce RTX 3080 for peak usage, but it was about 10 Watts lower over the duration of the entire benchmark run.