AMD has officially launched their Radeon RX 6000 Series based on ‘Big Navi’ GPUs built using the RDNA2 architecture. These cards were designed to challenge the high-end enthusiast cards from NVIDIA. NVIDIA has held the performance crown for discrete graphics cards for a number of years now without any hardware from AMD to give them a battle at the top of the performance stack. With the new AMD Radeon RX 6800 and Radeon RX 6800 XT graphics cards they finally have something in the arsenal to take on NVIDIA at the higher price points. 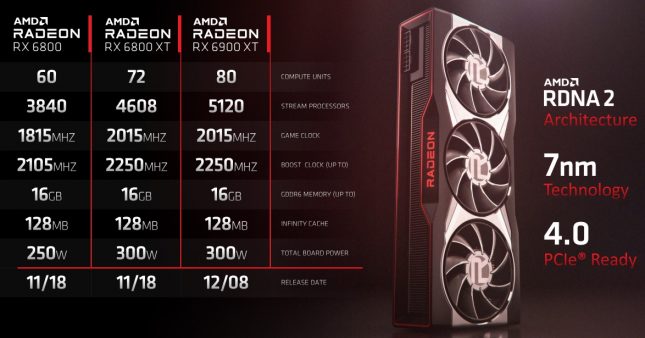 The AMD Radeon RX 6800 XT has 72 compute units and 128MB of Infinity Cache.The game clock on this card is 2015MHz and the boost clock is 2250MHz. This combination allows for 20.74 TFLOPs compute performance! The AMD Radeon RX 6800 XT also comes with 16GB of GDDR6 memory on a 256-bit bus offering 512GB/s of memory bandwdith. This large memory figure will likely be a big selling point for AMD as some of the NVIDIA GeForce RTX 3080 cards have just 10GB of GDDR6x memory. 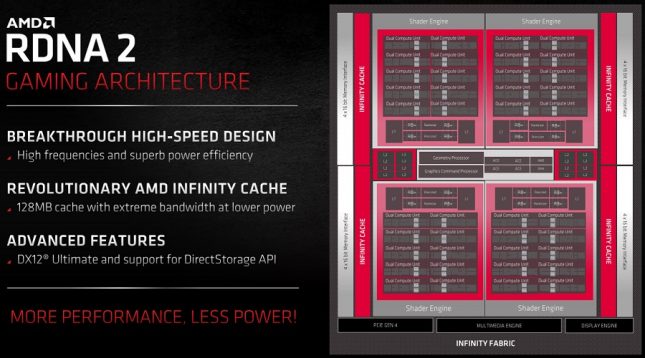 Both the Radeon RX 6800 and Radeon RX 6800 XT are powered by the NAVI 21 GPU. This GPU features the RDNA 2 gaming architecture and was manufactured by TSMC on the 7nm process node. The transistor count is 26.8 billion and NAVI 21 has a die size of 519mm squared. This design has managed to bring AMD over a 50% performance-per-Watt uplift

One of the big new features for the AMD Radeon RX 6000 series appears to be Infinity Cache. The new RDNA2 GPU architecture includes 128MB of on-die L3 cache called AMD Infinity Cache. AMD Ryzen processors like the new Ryzen 9 5950 X have 64MB of L3 cache, so this is a massive chunk of cache and is really supposed to improve gaming performance. By having a ton of game in the GPU cache it will reduce latencies as you don’t have to go out into the VRAM looking for data. This is why AMD can get away with using a narrow 256-bit memory interface for their GDDR6 memory whereas NVIDIA is using a larger 320-bit or 384-bit memory interface with faster GDDR6X memory. The AMD infinity cache solution has allowed AMD to more than double bandwidth while actually reducing power consumption. 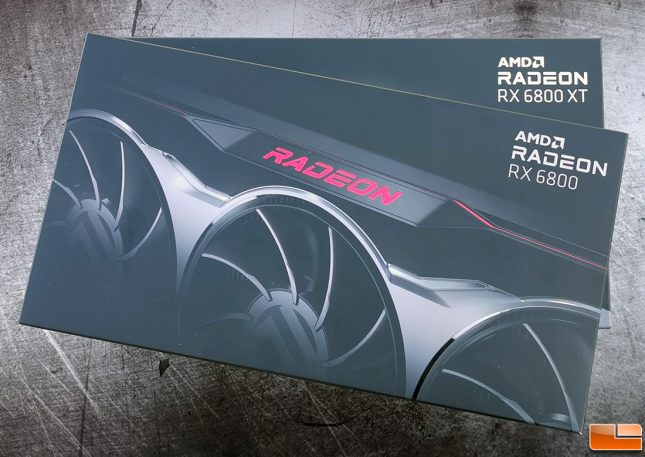