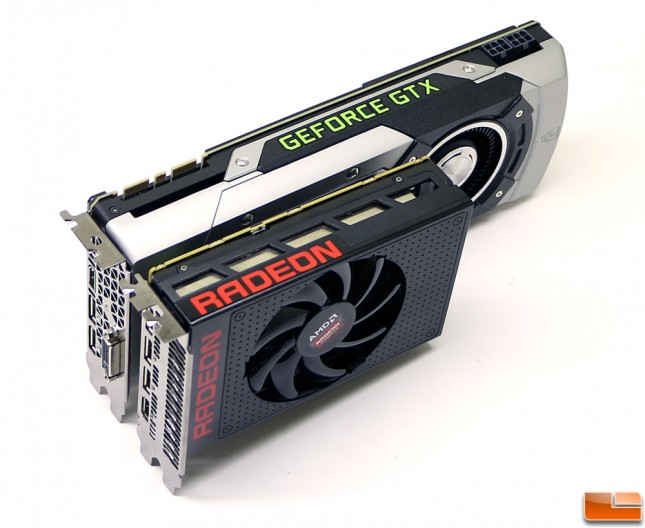 AMD cutting the MSRP of the Radeon R9 Nano from $649 to $499 made it available to a whole new class of buyers. If you have $500 to spend on a graphics card the AMD Radeon R9 Nano is a pretty solid choice as it did perform better than the NVIDIA GeForce GTX 980 reference card in virtually every game title that we benchmarked. The performance between the two cards was close in some benchmarks, but the tiny Radeon R9 Nano proved to be the winner overall. At the old $649 price point it wasn’t competitive with NVIDIA GeForce GTX 980 Ti and got it’s ass handed to it, so we are glad that AMD slashed the tiny card premium and is going after NVIDIA at the $500 price point. The NVIDIA GeForce GTX 980 is available for as little as $479.99, so while the card is a tad slower in the benchmarks, it is also slightly less expensive.

We would have loved to include the Sapphire Radeon R9 Fury Tri-X OC that we reviewed last year in our charts, but that card a short term loaner and had to be returned. We are working on getting a new Radeon R9 Fury to benchmark in the meantime.

Hopefully you enjoyed the updated performance numbers on the AMD Radeon R9 Nano and the NVIDIA GeForce GTX 980! Hopefully you’ll find some useful information here as we did use the latest video card drivers and some more recent game titles!

Legit Bottom Line: The AMD Radeon R9 Nano remains the best Mini-ITX card on the market and the new price cut will likely make it more enticing for some small form factor (SFF) owners that are looking for maximum performance.