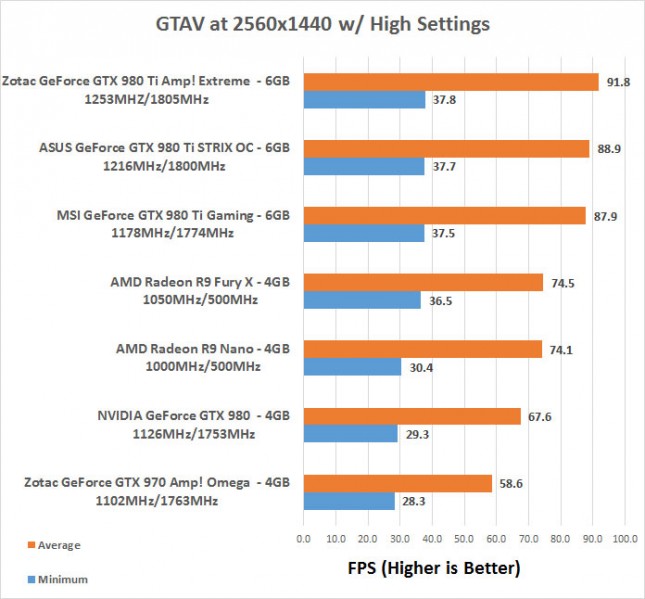 Benchmark Results: After running the games built-in benchmark and averaging the runs together we found that the AMD Radeon R9 Nano was faster (~75 FPS) than the GeForce GTX 980 (~68 FPS) on the average grame rates. The minimum frame rates were very close to one another. 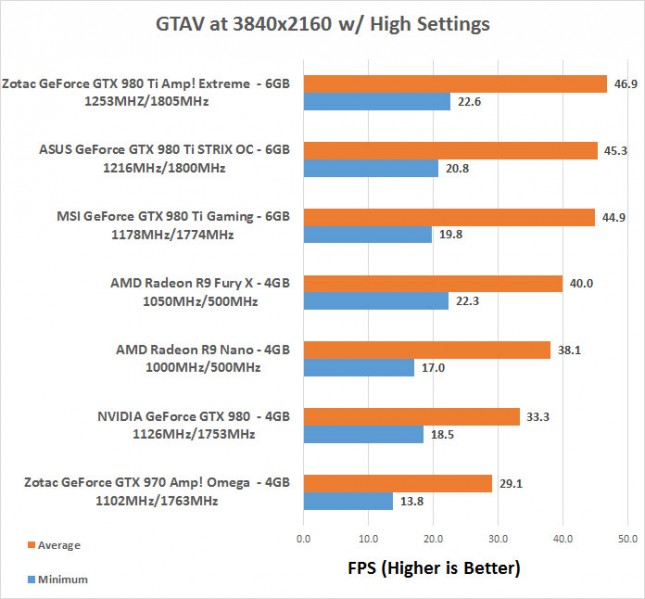