Benchmark Results: If you game on a 2560x1440P display and play BF4 the NVIDIA GeForce GTX 980 and AMD Radeon R9 Nano are virtually the same when it comes to performance. There was just a 2 FPS difference on the average FPS and both to the cards dropped below 60 FPS on the low side. 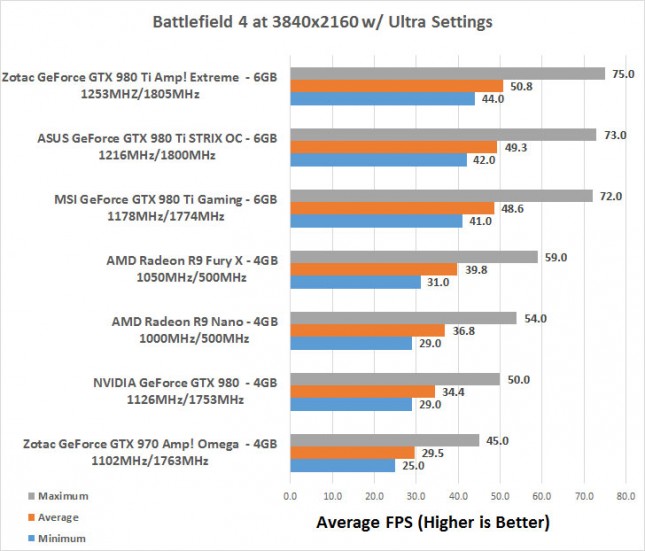 Benchmark Results: When it comes to 4K Ultra HD gaming the AMD Radeon R9 Nano had slightly better performance on the average and maximum frame rates, but was tied with the GeForce GTX 980 on the minimum frame rate.