Since gaming performance is basically a wash one of the most important things when picking out a GeForce GTX 980 Ti 6GB will be the noise, temperature and power consumption numbers and the temperatures and noise levels on these cards does vary greatly. 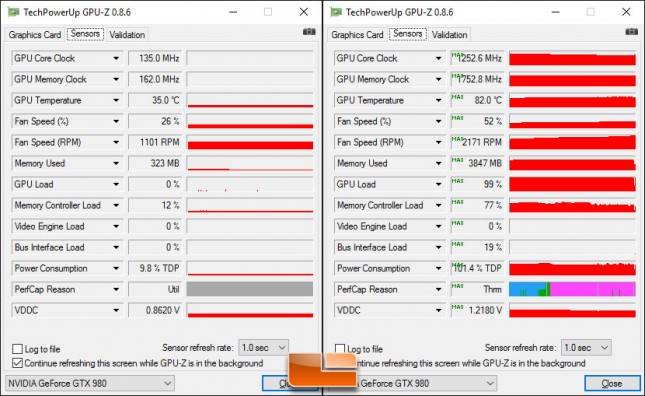 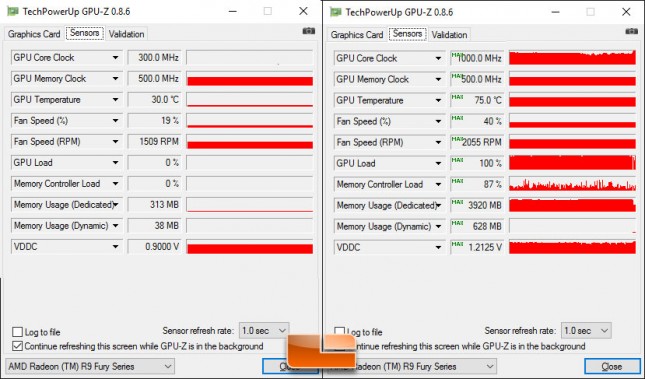 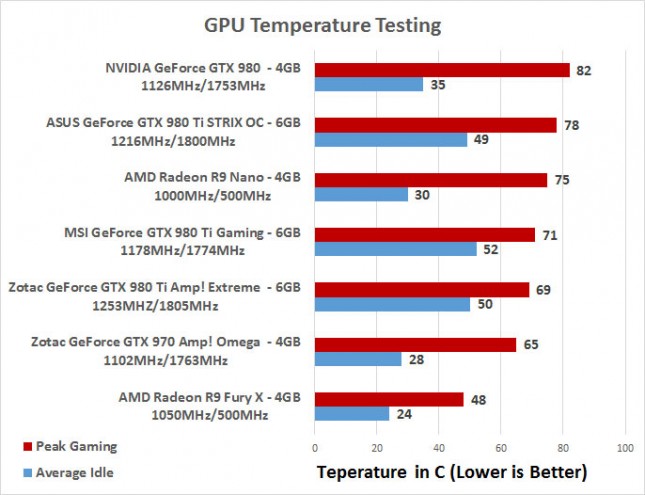 Here is a chart that shows the temperatures of the Nano and GTX 980 versus some other high-end desktop cards. 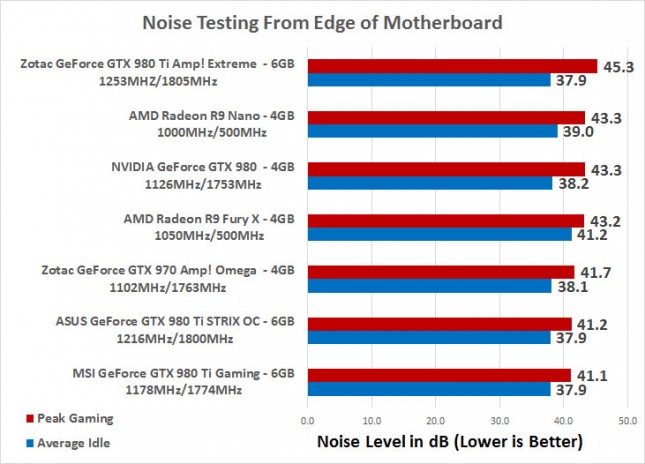 The AMD Radeon R9 Nano is slightly louder at load and both cards were found to be the same noise level when gaming.